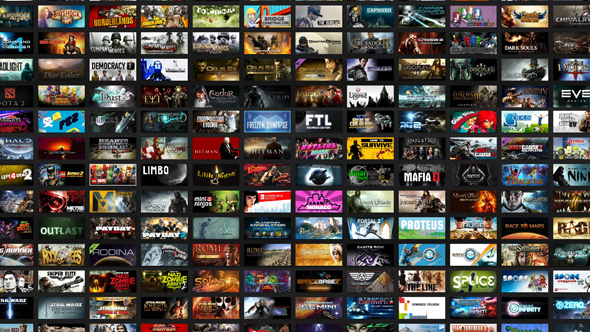 The number of games releasing on Steam has been rapidly increasing for years but, as expected, 2017 saw a new record with over 7,600 games released through Valve’s digital store.

Game discoverability may be something Valve plan to address in Steam’s upcoming UI update.

The numbers come from Sergey Galyonkin, creator of Steam Spy, the unnofficial tracker of Valve’s store. He’s currently working on a fuller analysis of 2017’s data but he gave a brief early run down on Twitter:

I will write my usual analysis a bit later this year, still dealing with the relocation and stuff. https://t.co/4oLZp6tFwo

Over Christmas I suggested some of the things that will be high on Valve’s agenda in 2018 and creating mechanisms to cope with the influx of new titles was top of that list.

With thousands of new games appearing on Steam each year it’s becoming harder for players to keep abreast of what’s coming out and for developers to make the release of their games known. These new numbers just highlight the problem. An average of 21 new games coming out every day is a lot for anyone to look through, even people who make it their job to keep on top of all the new games coming out.

Hopefully Valve have something up their sleeve.