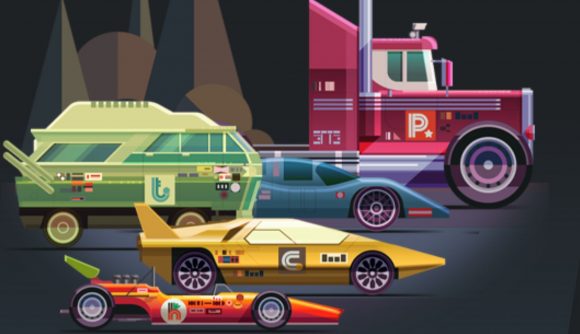 The latest Steam summer sale is here, and it’s been a bit of a mess. The game discounts have all been fine, but the accompanying Grand Prix event has caused confusion for users and even worse problems for developers, as players have rushed to trim their wishlists of all but the priciest upcoming PC games.

Valve tweeted out a “PSA” that users don’t need to remove games from their wishlist to get what they want in the giveaways – “just move your favorite game to the top of your wishlist and you’re good to go!” Alongside that, the company has published a new Steam blog post outlining what’s gone wrong with the event and a few changes that are being put into place.

The instructions for the Grand Prix event have been made a bit clearer, and some changes on the back-end have been implemented to keep the race from automatically going to the most populated team over the rest of the sale. “Our goal is to host a fun event where you get to explore and use Steam in new and interesting ways, but it’s clear that this time around we could’ve done better,” Valve says.

“We’ve heard your feedback about the complexity of the Steam Grand Prix event. We designed something pretty complicated with a whole bunch of numbers and rules and recognize we should’ve been more clear. We want to apologize for the confusion that this has caused, and also apologize for the broken mechanics that have led to an unbalanced event.”

While this blog is consumer-facing, developers have gotten the worst part of things, and it’s not yet clear whether Valve is working to undo those mass wishlist deletions.

“The wishlist deletion trend is definitely real, new, and significant,” indie developer Tom Francis tells us. “Gunpoint and Heat Signature were both 66% off in a daily deal recently, and now have the same discount in the summer sale, so we have a good point of comparison.”

In a tweet this morning, indie developer Raymond Doerr asked fellow dev Jake Birkett whether his games were “seeing an abnormally high amount of wishlist deletions.” Doerr said that since the sale started, he and a number of other developers had seen a rapid spike in the number of times their games were being deleted from people’s Steam wishlists.

Doerr did say that “I always see higher deletes in day 1 and 2 of a seasonal sale,” but that the number of adds and purchases have always made up the difference. This time however, he shared a graph which showed that since the start of the sale, the total number of times his game had been removed from user wishlists was almost 200 more than the number of new additions.

Several other indie studios chimed in with similar findings. While developers have acknowledged that wishlist numbers tend to fluctuate wildly during sales as users pay greater attention to their lists, blame for the spike in deletions is being directed at this year’s Steam Grand Prix event.

Hey @GreyAlien – Are your games seeing an abnormally high amount of wishlist deletions? I and 4 other devs all are seeing some pretty strange stats. I've never once in 5 years seen more deletes than adds/P&A during a seasonal sale. I've always left a sale with a net increase. pic.twitter.com/v1OY4MUQW5

The Grand Prix meta-game asks users to join a specific team, and grants each one a capacity of 100 points, which are then earned by completing quests and claiming achievements. The more money you spend, the more points you have the capacity to earn, and the more points you earn, the further you’ll help your team progress in the race. Once the race is over, Valve says that “drivers from the top three finishers […] will be selected at random to receive the top ranked item from their Steam wishlist.”

The perception among several developers is that this message has been misunderstood, and that some users think they have a chance of winning a game from their wishlist at random should they be chosen in the draw at the end of the race. In response to that original Twitter thread, user AScribbledEagle said that they and several of their friends had deleted multiple low-cost games from their wishlists – rather than putting their most-desired game at the top of the list – in an attempt to ensure they would win triple-A titles instead.

While wishlists do not equate directly to sales, they do provide updates on releases and discounts. While not confirmed by Valve, many developers also believe that wishlists are tied to discoverability on Steam.

We’ve reached out to Valve and several indie developers for more information about the impact of the Grand Prix event, and we’ll continue to update this story as we learn more.