Update, April 4: Valve respond to delisting of Steam Machines and recommit to opening up PC gaming.

Valve have publicly responded to the delisting of Steam Machines from the Steam store page, explaining the section was removed from the main bar “based on user traffic.”

Ever wondered who Steam Machines were really for?

Valve addressed the delisting in a Steam Community post, in which they assured users that, despite Steam Machine troubles, they are “heads-down” on improving Linux and Vulkan for PC gaming.

“While it’s true Steam Machines aren’t exactly flying off the shelves, our reasons for striving towards a competitive and open gaming platform haven’t significantly changed,” Valve coder Pierre-Loup Griffais wrote. “We’re still working hard on making Linux operating systems a great place for gaming and applications. We think it will ultimately result in a better experience for developers and customers alike, including those not on Steam.

“Through the Steam Machine initiative, we’ve learned quite a bit about the state of the Linux ecosystem for real-world game developers out there. We’ve taken a lot of feedback and have been heads-down on addressing the shortcomings we observed. We think an important part of that effort is our ongoing investment in making Vulkan a competitive and well-supported graphics API, as well as making sure it has first-class support on Linux platforms.”

The Steam OS, used in Steam Machines, was a Linux-based operating system. Though the machines were not a huge success, the endeavour has encouraged Valve to continue to support Linux. How? By continuing support for Vulkan.

Vulkan is a low-overhead, cross-platform 3D graphics and computer API, however the programme is in constant competition with DirectX. By Valve supporting Vulkan, which works on a multitude of operating systems including Linux, they are, by extension, giving much-needed support to Linux.

“Recently we announced Vulkan availability for macOS and iOS, adding to its existing availability for Windows and Linux,” Griffais continued. “We also rolled out Steam Shader Pre-Caching, which will let users of Vulkan-based applications skip shader compilation on their local machine, significantly improving initial load times and reducing overall runtime stuttering in comparison with other APIs. We’ll be talking more about Shader Pre-Caching in the coming months as the system matures.

“At the same time, we’re continuing to invest significant resources in supporting the Vulkan ecosystem, tooling and driver efforts. We also have other Linux initiatives in the pipe that we’re not quite ready to talk about yet; SteamOS will continue to be our medium to deliver these improvements to our customers, and we think they will ultimately benefit the Linux ecosystem at large.”

Steam Machines were essentially dead on arrival, and now it seems Valve are finally getting around to burying the body – quietly removing the Steam Machine section from its store.

Valve released the Steam Machine back in 2015. The expensive boxes aimed to bridge the gap between PC and console gaming, allowing you to play PC-tier games on your TV, with a controller, in the the comfort of your living room. Simply put, they are compact PCs, which look like a console, but run on Steam OS. 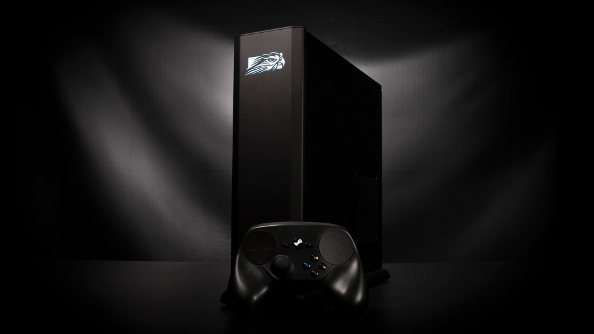 Unfortunately, Steam Machines never really took off. The main reason being the price, but, as PCGamer pointed out, there were also issues with delays, cancellations, and the fact people just weren’t interested. The introduction of Steam Link, which is considerably cheaper but pretty much did the same thing, was the final blow.

Valve have not revealed why Steam Machines have been delisted from the Steam store.