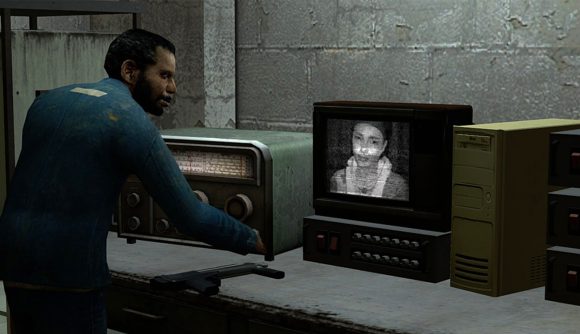 As you might expect, Valve continues to have big plans for Steam, and the company has detailed some specific features to expect in the near future. Those include expansion into China, the long-awaited UI rework, and machine learning to help you find new stuff on the store. One of the most interesting of the eight new features outlined here is an expanded role for Steam TV, which makes it sound like Valve is building a Twitch competitor.

Valve launched Steam TV as a specialised client to view Dota 2 tournaments, but the feature seemed like something that could be vastly expanded – and it will be. In the blog post, Valve says “We’re working on expanding Steam TV beyond just broadcasting specific tournaments and special events, in order to support all games.”

The Steam UI redesign continues to come in bits and pieces, and we’ll finally see the Library update soon. It’s “built on top of the technology we shipped in Steam Chat,” so that may offer a clue about what to expect – and there’s still more to come throughout the rest of the client, as well. Steam Chat will also get a separate mobile app for more portable messaging.

When it comes to helping you find games on the store, Valve says “We’re working on a new recommendation engine powered by machine-learning, that can match players to games based on their individual tastes. Algorithms are only a part of our discoverability solution, however, so we’re building more broadcasting and curating features and are constantly assessing the overall design of the store.”

Discover this: Find all the best PC games

The Steam Community’s Events system will expand to help highlight streams, tournaments, and rotating events. Valve is also bringing the ‘trusted matchmaking’ used in CS:GO out as a general Steam feature available to all games, which means developers will “have more information that you can use to help determine how likely a player is a cheater or not.”

As (relatively) recent reports have suggested, Steam China is set to officially launch soon, in partnership with Perfect World. More details on exactly what that means will be revealed “in the coming months.” A specific ‘PC Cafe’ program will launch soon as well, and while it’ll be available worldwide it seems specifically targeted at the sorts of cafes most popular among PC players in Asia.

While we’re looking forward with all these features – “2019 and beyond” is the timetable on all these – the bulk of the Steam blog post is about looking back at 2018. That includes current Steam player counts, worldwide expansion, and the new social features and moderation tools launched throughout the year, plus the most impressively euphemistic way of saying ‘nude mod’ I think I’ve ever seen.