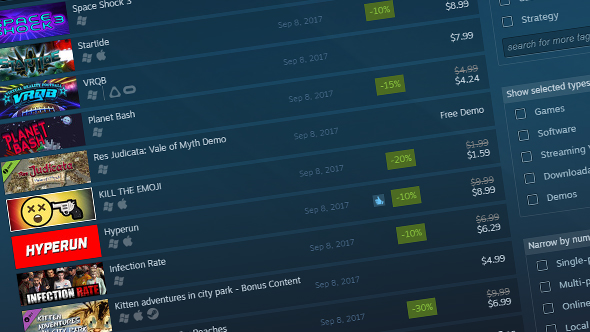 Steam have been wrestling with the problem of user reviews for a while now, and the issue has only become more urgent with the growth of ‘review bombing’ – the practice of downvoting a game en masse, not necessarily for genuinely held issues with its quality, but to serve any number of other agendas or avenge perceived slights.

Hopefully, these upcoming PC games will be reviewed fairly on Steam.

Valve addressed review bombing specifically in September, by flagging occasions when a game received a suspicious number of negative reviews in a short time. In their latest post, Valve are looking at the helpfulness rating, noting that some players “are rating more than 10,000 reviews as helpful or unhelpful on a single game. This behaviour is not only humanly impossible, but definitely not a thoughtful indication of how ‘helpful’ each of those reviews were.” This is another aspect of review bombing: upvoting or downvoting reviews en masse according to how a user wants a game to be perceived, without actually reading those reviews.

So Valve are working on two main changes. First is “a new method of calculating the helpfulness of each review, taking into account the users that are trying to manipulate the system.” 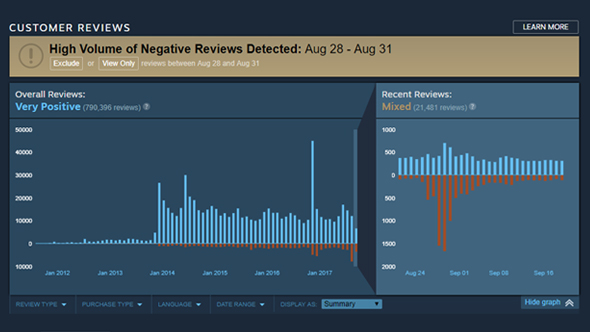 Ratings on reviews will now be valued differently for users that are far outside the norm – “accounts that rate an excessive number of reviews on an individual game will see the weight of each individual rating count for less and less.” If, on the other hand, you follow “the normal patterns of rating,” your ratings will continue to count the same way as they always have.

Secondly, store pages will now show positive and negative reviews in proportion to the overallscore for a game. “For example, if the game is reviewed positively by 80% of reviewers, then the ten reviews shown by default on the store page will be 80% positive, showing eight positive and two negative.”

The idea here is to stop the reviews on a game’s page being so easily manipulated by a few determined players, and instead to accurately reflect the overall sentiment of players. Both changes are being rolled out in beta today – you’ll be able to turn them on and off to see how it affects the way reviews are displayed on any game’s store page.

Here’s the announcement in full on Steam.