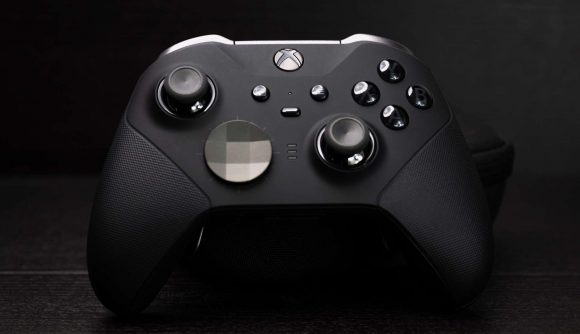 If you prefer to get stuck into your Steam PC games with a controller rather than the ol’ mouse and keyboard, you’re in luck – the Steam client beta just added a batch of extra support for Xbox controllers with a new update. Alongside options to use more controllers, the update has ushered in some changes that mean you can now tinker with some of the Elite and Series X bindings.

The Steam client beta update notes for January 5 announce the patch has “added a setting for extended Xbox controller support,” which you can enable by heading to the ‘General Controller Setting’ option in your Steam settings menu (it’ll need a driver installation and PC restart to work). The features of this “extended” support include the ability to change up the bindings for the Xbox Elite controller paddles – those four handy controls on the back of the device – as well as the option to bind the Xbox Series X controller’s ‘share’ button, too.

Additionally if you’re keen to have even more Xbox controllers on the go, you can do – the update adds support for more than four of them.

It’s neat to see more Xbox controller support being added to the Steam client beta, giving players an increasing number of options over which kit they can use with Valve’s platform – but there’s a nifty update for PlayStation 5 controllers, too, if they’re more your bag. The client beta has added a change that offers some more customisation over the PS5 DualSense controller’s LED feature, too.

You can check out the changes in full over on Steam here if you’re keen to see what’s changed – there are some other support additions for the Wooting Two optical mechanical keyboard and “non-gamepad input devices like the HOTAS and G15”, too.

If you’d like to give the new features a go, you can opt into the Steam client beta using the instructions here before the changes later go live.