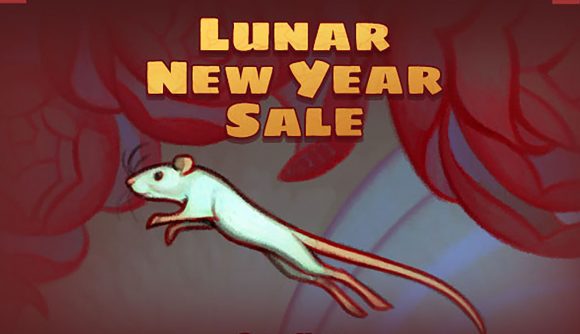 The next Steam sale has begun, bringing the usual slate of discounts, cheap games, and an ever-growing back-catalogue. This latest sale is in celebration of the Lunar New Year and the Year of the Rat, but it doesn’t last long – the Steam sale ends on January 27 at 10:00 PT / 13:00 ET / 18:00 GMT, so you’ll need to grab those discounts quickly.

“In celebration of the New Year, follow the origin story of the Zodiac as you open a new gift from the Emperor each day of the sale,” Valve says in a press release. “Daily red envelopes feature Year of the Rat Tokens, good toward seasonal items available exclusively in The Lunar New Year Night Market.

In other news about the company’s storefront, the Walking Dead series was recently released in full on Steam. Of the four seasons in the franchise, the first two had been unavailable since Telltale’s collapse in 2018, while the more recent third and fourth seasons were previously exclusive to the Epic Games Store.