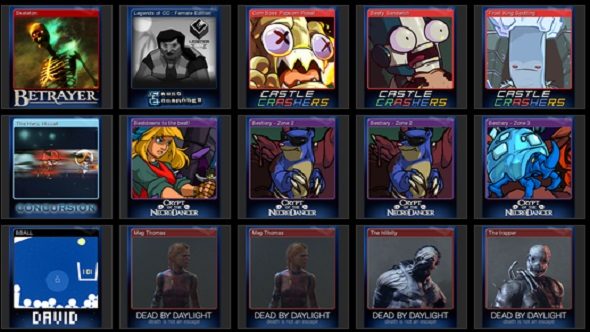 To try and fight the number of people that game the Steam trading cards introduced back in 2013, Valve are introducing a new system that defines how trading cards are dropped, and what games are eligible for it.

If you’re looking to up our trading card collection, some of Steam’s best free games can help out.

Noted in a blog post earlier today, games will now have to pass a certain threshold on an internal “confidence metric” before they can drop trading cards. The aim is to minimise the number of people who upload fake games and cards to Steam – abusing the Greenlight system – and make money by making bots rack up cards.

On top of this, though, they’re making trading cards retroactively drop under the new system. If you play a game before it has a high “confidence metric”, and later on it crosses the line and starts to drop cards, you’ll receive those without needing to play the game again. This also applies for games that have trading cards added post-release.

It’s unclear if this will be applied to those who played games before it added trading cards prior to when this update hits, but it seems they’ve got the capability to do it.

There’s no release date for this update, but it will presumably be happening soon. They’ve also teased their next blog post, which will tackle the somewhat controversial publishing fee which Steam will be adding in soon, in place of Greenlight.