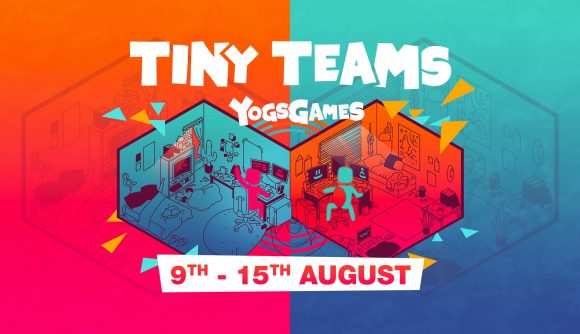 Yogscast Games, the games publisher founded by the gaming content creator group The Yogscast, is holding an E3-style press conference for indie developers.

The Tiny Teams Festival is designed to highlight some of the best games coming from “microstudios” of three people or less. It will be broadcast on Steam and Twitch from 9-15 August. To celebrate the festival, a selection of “classic indies” will receive discounts of up to 50% on Steam throughout the week, which will end with an awards ceremony on August 15 at 09:00 PDT / 12:00 EDT / 17:00 BST.

“At Yogscast Games we’re all about indie games that are as fun to watch as they are to play,” Yogscast Games’s head of publishing, Ben Edgar, says in a press release. “With the first-ever Tiny Teams Festival we want to shine a spotlight on some fantastic games and teams that could otherwise slip under the radar in a hugely busy year of gaming. We’re looking forward to sharing some of the coolest, weirdest and most fun upcoming indies starting August 9.”

Yogscast Games says the full schedule for the festival will be published in early August. The full (not-)E3 press conference schedule, meanwhile, is available via that link.