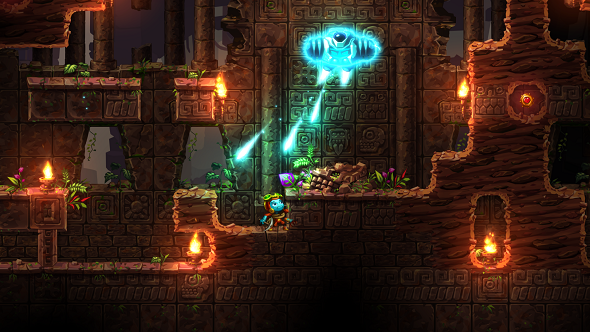 While SteamWorld Dig took over half a year to leave Nintendo handheld the 3DS to come to PC, the sequel won’t take anywhere near as long to make the jump to Steam. After all, you can’t really have a game with that name and not get it on Steam as soon as possible.

This list of upcoming PC games will see you right.

There’s no release date just yet, but it should be coming late summer, early autumn, according to the update on the site. Yes, that means it’s been delayed a little, but it also means we’ll get a better game, so yay.

Here’s what to expect, according to the new Steam page:

“Grab your pickaxe and dig into the sequel to the award-winning Steamworld Dig! A platform mining adventure forged in Metroidvania flames. In search of her lost friend, a lone steambot and her unlikely companion must dig deep, gain riches and explore an underworld riddled with danger. But time is running short…”

You can add it to your wishlist now and everything… if you dig it.