Gamers arguably need more from their headphones than the average user. Your run-of-the-mill audiophile will likely focus purely on audio quality. But on top of this, gamers need a comfortable and sturdy build that will stand up to hours upon hours of play, a quality microphone to record their rantings, handily placed controls to reduce fiddling time… the list goes on and on.

How can a headset priced similarly to a decent set of studio headphones possibly hope to fare in the midst of all these requirements? Let’s find out. 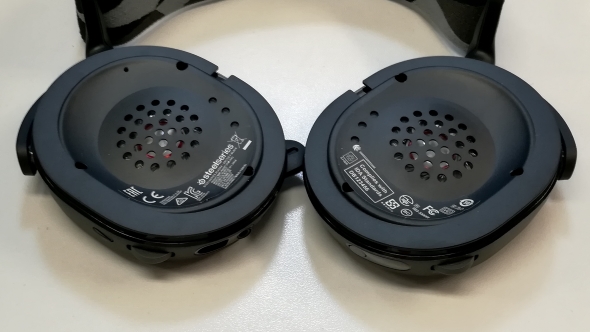 Unlike SteelSeries’ Arctis 3 and 5 headsets, the Arctis 7 is wireless, which you might expect to mean setting it up eats up more of your time, but that isn’t the case. Once you’ve plugged the small transmitter into a spare USB port and turned the cans on, you’re good to go – the two are paired right out of the box. Just make sure the batteries have juice in them, of course.

Speaking of juice, the battery life is solid – the SteelSeries website claims a 15hr+ battery life, but consistent use at a reasonable volume means they’d actually run out of juice around the 12-hour mark. That’s not quite the 24hr+ lifespan some higher-end headphones brag, but it’s still plenty enough to not have to constantly worry they’re going to conk out.

If you’re running low, though, the included charging cable can comfortably reach the headphones, so you can still listen while filling up those power cells. You definitely won’t have a problem with effective distance when going wireless. SteelSeries claim the range on the headset is 40ft, which is easy to believe. The strength of the 2.4GHz radio connection between the transmitter and the cans meant that I got half way out of the office building and the sound hadn’t stuttered one bit.

The headset is constructed from a lightweight steel alloy and has a stylish simplicity, rather than the ‘child’s toy’ aesthetic of some other similarly priced headsets. The Arctis 7 also feels sturdy to the touch, ideal for those of you who like to handle your gear with a bit of gusto. Optional interchangeable ‘ski goggle’ headbands have the bonus of adding visual flair and extending the life of your headset.

For those with a big head, you’ll be pleased to know the headband will accommodate you, with its adjustable velcro allowing for most head sizes. Still, as is often the case with elasticated headbands, in long play sessions you’re likely to need to adjust the position of the ‘phones due to a sore scalp. The ear cushions on the over-ear cans benefit from a soft, yet durable-feeling texture, and enough room for larger ears. These, too, eventually cause a little soreness, but the softer texture may appeal to some gamers more than the more rigid cups on the Siberia 840s.

At 281g, they’re lighter than the 840s by 37g too, placing them on the lighter side of our pick of the best wireless gaming headsets. For our money, the fit of the cans is of much greater importance than the weight, as a well-fitting set of headphones that weighs 400g is going to bother you much less than a lighter set that doesn’t sit right on your head. The trouble is, I’ve yet to use an elasticated headset that truly sits comfortably on the head – the tension of the band pulling against your skull makes sure of that. The Arctis 7’s is definitely among the best elasticated bands out there, but the problem still remains, even if it’s not severe. 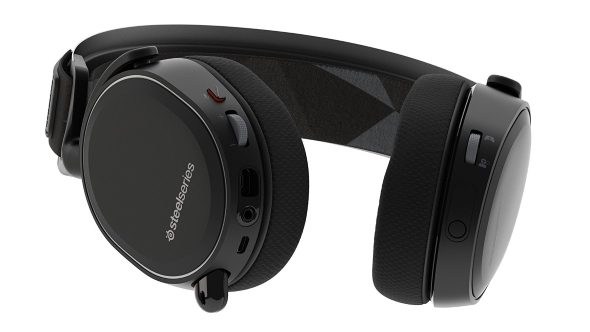 A volume dial and ‘chatmix’ dial to mix the audio of the game itself with voice chat sit on the backs of the closed-back earcups. The positions and low resistance of these wheels make adjusting the sound a breeze, but make it equally easy to mess those settings up when putting the headset on and taking them off. Seriously, get used to re-adjusting the volumes every time you don these things ready for a match – it’s the biggest annoyance these headphones cause.

The Arctis 7’s 40mm S1 drivers are pumping out frequencies between 20-20,000MHz, an unremarkable range it shares with all the other wireless headsets we’ve tested. It’s possible to buy wireless cans with a wider frequency response, but this can end up being extremely costly, so it’s tough to mark the Arctis 7s down too much for this.

They do, however, make use of SteelSeries’ ‘Engine 3’ software, which offers some tools for sound editing. Basic EQ and compression features give you a little scope to play about with the audio (it’s easy to picture bass junkies cranking the lower frequencies up when they get their hands on this), while DTS 7.1 surround-sound capability, a live mic preview, and a mic volume control also make appearances. Users can save their favourite settings as profiles – for example, one for films, another for gaming, and a third for music. It isn’t the most impressive set of sound editing features we’ve ever seen, but as an added extra it’s an easy way to get a little more out of your headphones.

The microphone stalk tucks away in the left earcup and slides out smoothly when it’s game time. The stalk itself is easily malleable and feels like it could stand up to extended tweaking, and it conveniently sits to the side of the face, leaving your mouth free for Doritos and Mountain Dew. 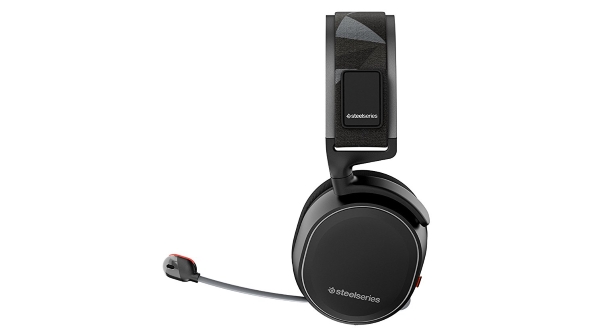 Enough about the specs, how do the damn things sound? Well, er… they sound fine.

Don’t get me wrong, sound quality is definitely solid enough for the vast majority of gaming setups. The 40mm drivers have a decent amount of oomph – engines roar, bullets whiz, and burly protagonists growl with an acceptable punch, but if you like your music bassy you may not get your desired cathartic thump from the S1 speaker drivers. The cans can be turned up to ear-damaging volumes and, as an added bonus, you’ll need to have the volume up pretty damn high before noise begins to bleed through the cushions. So you won’t have any worries about wearing them to your next silent disco.

The problem is in the distinctly middle-of-the-road frequency response. Ranging from 20-20,000Hz they cover a good functional range, but us humans have been known to detect frequencies on either side. You can tell the difference when you switch these out for a pair of cans with a wider frequency range like the HyperX Cloud II [set up an anchor to this on the best gaming headphones article], where their 15Hz-25,000Hz superiority gives scoring and textural sound in games like Skyrim a presence the Arctis 7’s simply don’t have.

The headset’s ‘ClearCast’ microphone is bidirectional, allowing it to pick up and eliminate background noise while keeping your voice intact. This feature works incredibly well, and is capable of eliminating noise from the other side of the microphone, even if the offending sound is very close by. 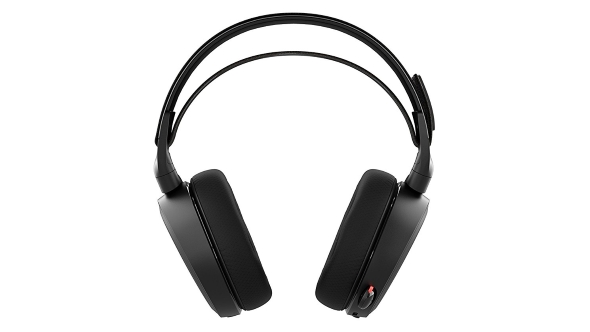 The signs of care and quality construction are here, from the smoothly operating controls to a power light that flashes up different colours depending on your battery level. The Arctis 7 headset is clearly the product of headset engineers who know what they’re doing. It definitely leaves us wondering why the hell they’d put sound editing wheels right where your thumbs will mess up their settings, though…

Given the decent sound quality and impressive all-round performance, it’s a worthy, more value-oriented successor to SteelSeries’ own Siberia 840s. The 840s do have the benefit of versatility, more involved sound editing, and swappable batteries, but the Arctis 7 headset is definitely giving you value at a lower price point. Having used both and knowing they share the same 40mm driver I’d opt for these and save the money every time.