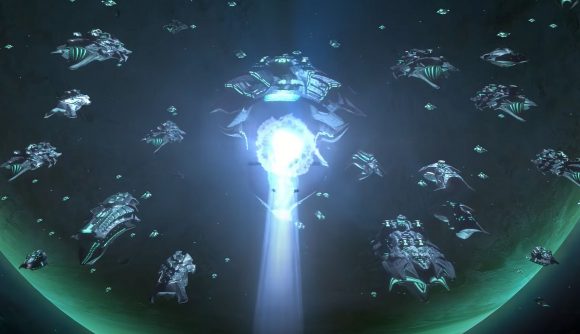 Good news, Stellaris fans – the strategy game’s devs are bringing a bunch of new opportunities to roleplay within its universe, and “soon”. Those of us looking to slip into the space boots of some undead aliens for a light spot of death worship will soon be in luck – the Necroid Species Pack has been announced by developer Paradox Interactive. Space, it seems, is about to get a whole lot spookier.

The teaser trailer, which you can check out below, opens on a line of robed figures making their way through a vast temple, apparently constructed from fractured, glowing circuitry. “We are born at the moment of surrender,” rasps the voiceover, “when the flesh fails, and unlocks our true potential”. A fun and wholesome time for all, then.

This is especially exciting as it comes just a few days after the news that Stellaris is getting corporate death cults. The upcoming civic will allow your empire to sacrifice willing volunteers for fun, profit, and various societal bonuses (hey, they should have read the contract). “The more blood that is shed, the more likely you are to get the better blessings,” says Paradox. We’re betting this will end up playing into the new species pack, somehow.

Say a prayer to the fickle gods of mortality and peep your vision holes at the pack’s trailer below: 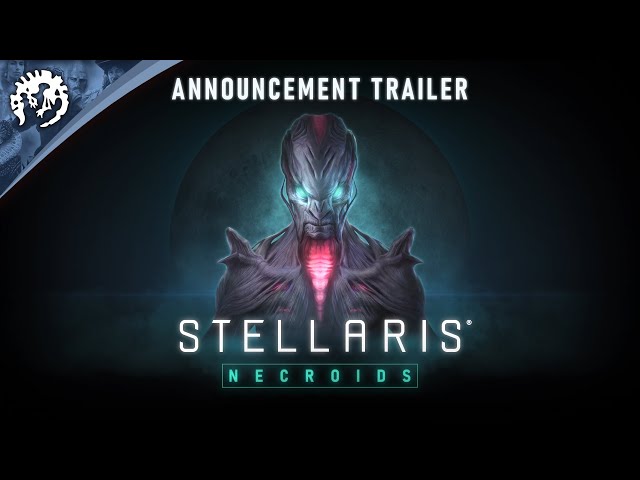 Sci-fi and body horror have a great track record in the videogames space. H.R. Geiger’s bio-mechanical xenomorphs inspired the Alien franchise, which then went on to inspire a pretty hefty chunk of all videogames made since. More recently, we’ve of course had Dead Space, and the upcoming System Shock remake. Stellaris tends to plot its course largely on the space opera side of things – grand voyages, unknown stars, and scientific discoveries. That said, the times it has gone all cosmic horror on us – such as the Leviathans DLC – have been great. Please give more spookies.

The DLC is currently listed as “coming soon” on its Steam page, but if we may hazard a guess, it seems like the perfect treat to drop in players’ Halloween baskets.