So you want to know about the Stellaris Enigmatic Fortress? In this sci-fi grand strategy game, there are many powerful entities that can spawn known as ‘guardians’. These were first introduced in the Stellaris DLC Leviathans, although Distant Stars and Ancient Relics have introduced more since. Some are giant spaceborne aliens, but the Enigmatic Fortress is ancient abandoned stronghold.

This massive space station is guarded by many unique defense platforms that can spawn in any random class A star system. The defenses use regular components and weaponry, and so can be countered like anything else, there’s just a lot to get through! If you defeat the fortress, there’s then an event chain you need to work through to actually get the rewards.

If you let the timer expire at any point, or if you choose the wrong option during the chain, the defences will reactivate and you have to defeat them all over again – so it’s better to get things right the first time. That’s where we come in! We’ve put together a quick guide on the fortress, its defences, and the event chain itself – hopefully it should arm you with everything you need. Note that you will need the Leviathans expansion for this one to spawn in your game.

First things first, the defence stations, there are five, including the vault itself. They are all armed with a variety of weapons such as artillery, autocannons, as well as some point defences. They are also heavily shielded and armoured, with reactors and sensors in place as well. The weakest is the Ancient Sentinel, of which there are eight of these.

For a full breakdown of the stations and how they are armed, we recommend checking out the official Paradox Wiki. The general consensus though is that you need quite a large fleet in order to defeat it, and you’ll probably want to over-invest to ensure you leave enough margin for error. 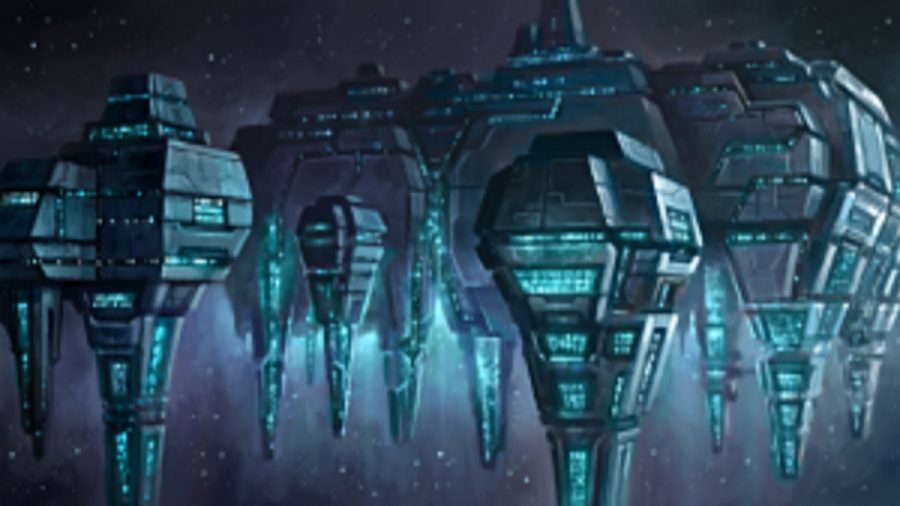 As we’ve mentioned already, if you do manage to defeat the fortress’ defences then you start an event chain that needs seeing through to the end – and in time – to get the rewards. Those rewards involve a 1,000 – 5,000 research boost across all fields, as well as the Enigmatic Encoder and Enigmatic Decoder technologies. These lead to new ship components of the same name that increase evasion or boost hit chance, respectively.

Before we break down the event, it’s worth noting that if you’re playing an empire with the gestalt consciousness ethic (which requires the Utopia or the Synthetic Dawn add-on), you get the rewards straight away and don’t need to do the event chain.

There are three steps to the Enigmatic Fortress event:

If you choose the ‘Demolitions Team’ or the ‘Local Power Surge – go with lower estimate’, the event chain proceeds. If you pick the other option, the vault repowers.

Also note that the army transport (and the army on it) will be lost, so don’t send in a massive force.

There are four options in this step, and only one of them will progress the event chain – ‘Rearrange the metal tori on the poles’. All of the others will cause the vault to power up again.

There are six options here and three come under the umbrella of ‘Home System Research’. You can also use a science ship and pay a dark matter cost, you can try to use force with a military ship, or you can complete the ‘Black Hole Research’ special project.

If you want to complete the event successfully, choose any one of the following options:

The other two Home System Research options will cause the vault to power up again. If you try to use force with a military ship, the event will fail and cause the whole system to be destroyed.

Please, don’t try to use force.

Hopefully this is everything you need to know about the Stellaris Enigmatic Fortress. Please note that while there are other guides out there, some of them are based on older versions of the game, so make sure you’re using up-to-date information.