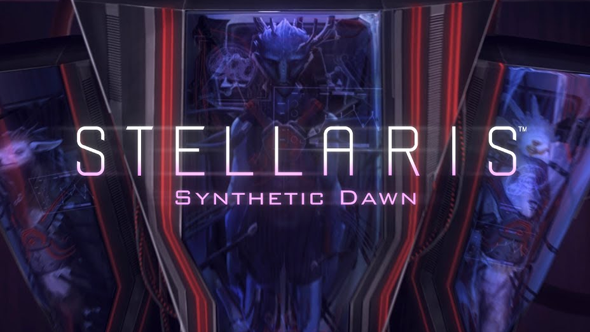 Game director Wiz wants us to know that Machine Uprisings will not replace AI Crisis currently available in the game (that’s The Contingency, and will be coming in the free 1.8 Capek update), but is a feature “explicitly tied” to Machine Empires that won’t run unless you have the Story Pack.

Like your games strategy flavoured? Here are the best strategy games on PC.

The story of Machine Uprisings grew from the development team pondering if it might be interesting if “Machine Empires could also form after the start of the game as a result of organic empires becoming increasingly reliant on robots.”

“Once an uprising is able to happen in an empire, that empire will begin to experience warning signs – robots behaving erratically, not following their programming or defying their owners,”writes Wiz. “You will be given the opportunity to decide how to deal with these incidents, and what you decide will determine whether the uprising becomes more likely to happen, as well as the likely personality of the robots when they rebel.”

An uprising cannot happen “without at least one warning sign”, so don’t panic – you won’t have AI revolting without some kind of trigger or warning… but they’re also not inevitable, either, as “even an empire that is cruelly oppressing its synths is by no means guaranteed to get an uprising, and most empires with synths will go through the entire game without ever experiencing one.”

For an intensely detailed insight into the full backstory, head on over to the dev diary on the Paradox Interactive official forum.

Paradox Interactive only recently announced their next DLC for Stellaris. Stellaris: Synthetic Dawn will add a whole new civilisation to the game, the Machine Empire.