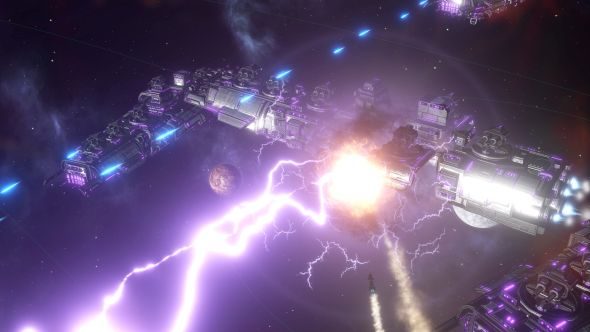 Do you wish to have the cold heart of a machine? Do you wish to annihilate all life in the galaxy? Are you a bit busy and so would prefer to do this in a videogame? Well, Paradox have some great news for you: their previously announced Stellaris expansion, Synthetic Dawn, will be out on September 21. It’ll cost you $9.99 / €9.99 / £7.49 and the video above gives a breakdown of what’s available.

We can help you make a sound tactical decision on the best strategy games on PC.

As you might expect from Paradox’s internal teams, the expansion story pack comes along with a patch, 1.8. Exactly what long series of bug fixes and balance tweaks it will bring hasn’t been revealed yet, but there is a feature list over on the Stellaris forums. Here’s a quick rundown:

Full details are available in these two forum threads. It all sounds absolutely barbaric to me, and I’ll be cleansing it just as soon as I can get my robots to agree on an extermination pattern.