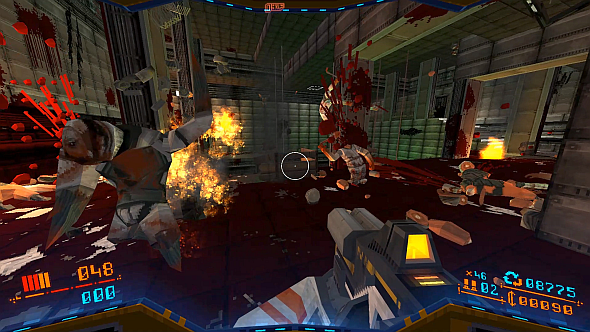 The nostalgic roguelike shooter Strafe has got its first patch. Generally speaking, the game that threatened to melt your face in its extreme marketing is going easier on you: fall damage is reduced and requires a bigger drop to trigger at all; self-damage has been removed from the primary fire of three of your guns; and enemies should be easier to see and hear.

Intrigued? If you’d like our thoughts before making a purchase, here’s our Strafe review.

Here’s a full rundown of the changes:

Here’s the announcement on Steam. Developers Pixel Titans say they’re “aiming to have the next one up in a couple days”, so if you’ve had an issue that’s not addressed here, don’t worry; they’re jumping aggressively on those troublesome launch bugs.