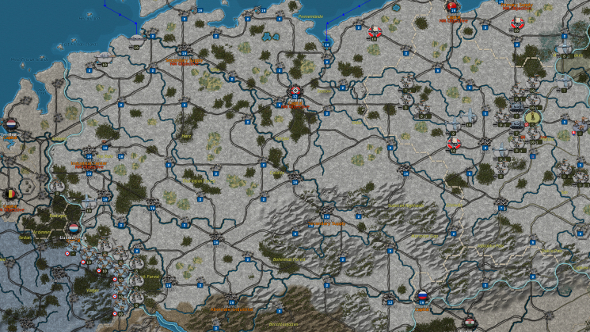 This week, we once again find ourselves fighting across war-torn Europe, this time in Fury Software’s turn-based Strategic Command WWII: War in Europe. 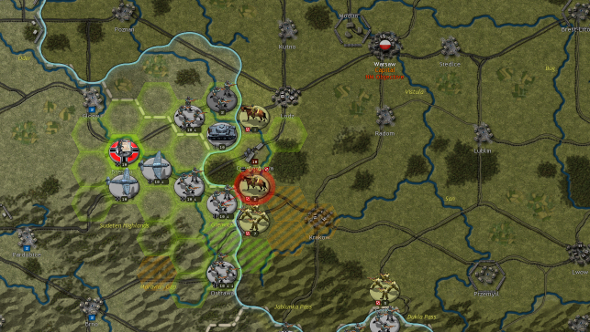 The latest Strategic Command has the whiff of a grand strategy game about it, mixing hex-based warfare and logistical wrinkles, the meat of a wargame, with slim but workmanlike diplomacy, research and production. It’s all military focused, of course, but it’s broader than fighting and military tactics.

Its three campaigns are really just starting dates, putting you in control of the Axis or Allies just before Germany marches on Poland in 1939, the early days of the war in 1940, or the start of Operation Barbarossa, Germany’s push into the Soviet Union, in 1941. And if managing the Axis or Allies in their entirety sounds a bit daunting, you may give control of other countries over to the AI.

Though allied and working toward the same goals, the various nations that make up the Allies and Axis are separate and distinct, with their own troops, technology levels, and resources, all managed independently. This leads to multiple theatres being fought in all at the same time – an intimidating prospect if it wasn’t for the way Strategic Command abstracts a lot of the fine details, like logistics and resources. 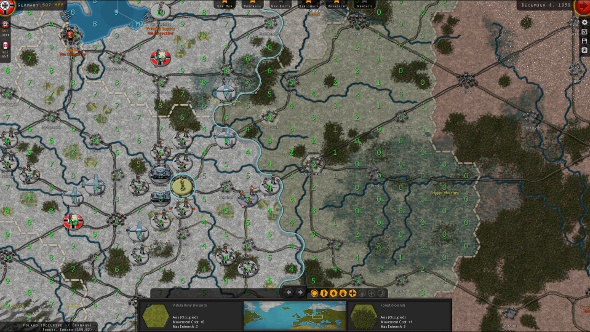 Military productions points (MPP) is the clearest expression of this abstraction. Rather than having a multitude of resources from fuel to scientists, everything has been combined into this single resource and currency. MPP can be invested in improving technology, cozying up to other nations, and producing troops. MPP is generated every turn by every nation through their towns and special resource-generating hexes.

MPP also encourages constant, aggressive progress, particularly as the Axis. Germany and Italy begin with an MPP rate that only really allows for one action (not related to troop movement and combat) per turn, but as more land is gobbled up, that rate increases substantially. Conquering nations can take advantage of their prey’s infrastructure just by pushing out their enemy and moving forward.

Every turn, every available unit can be activated and sent into the fray. How many hexes they can move, and how many times they can attack an enemy unit, depends on the unit type. Though fights take a split second, they are the result of a considerable number of factors that need to be considered before a unit is committed. Each type has an attack and defence value dependent on who they are attacking or being attacked by, rather than just having a basic attack strength and health. 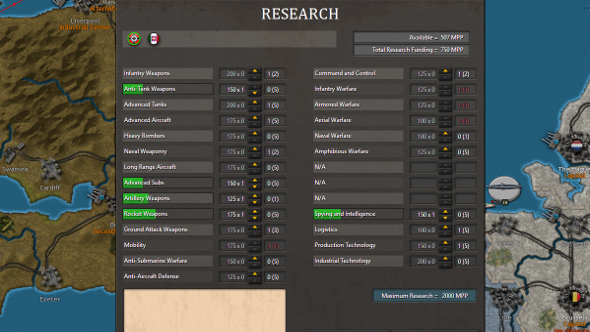 Battles don’t happen in a vacuum, however, and are affected by factors you can influence, like morale, support, supply and entrenchment, and those you cannot, like the terrain and weather. Constructing or taking advantage of fortifications or moving the mobile HQ closer to your troops can give them an extra edge. Invasions can also go more swiftly if you identify major sources of enemy supply, like big cities or ports, and cut off enemy units from them. Then you can swoop in and mop up the significantly weakened troops.

Picking these or any targets is simple, as Strategic Command is not bogged down by the opaqueness that some wargames suffer from. Merely hovering the cursor over a hex makes it clear how much supply and MPP it generates, as are the important details regarding enemy units. The few menus, legible and concise, simple production and research, and transparent systems allow the game to move at a surprisingly quick pace, despite the scale of the conflict.

Though it increases in complexity as minor nations are seduced, naval convoys start getting raided, and new fronts explode, Strategic Command’s opening turns – at least with the 1939 start – are just sedate enough, and the UI informative enough, so that it stands out as potentially one of the most appealing wargames for newcomers, while the higher difficulty modes and later start dates offer something to more experienced generals. 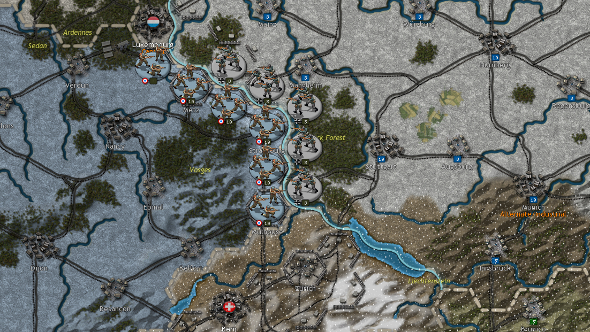 Our ‘The World in Wargaming’ series is created in association with Slitherine. You can apply for access to the Strategic Command WWII: War in Europe beta now.