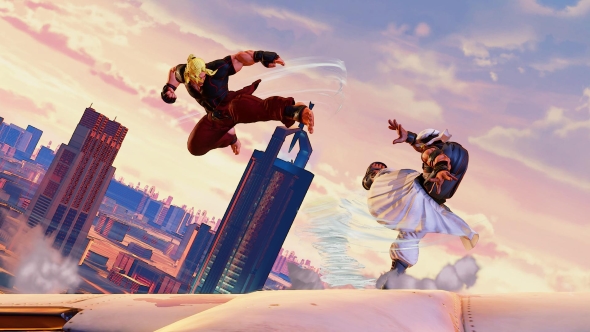 Sven van de Wege lost his eyesight at the age of six, but that hasn’t stopped him playing videogames. Earlier this month, he took part in an open Street Fighter V tournament, and watching him in action as he wins his first match is inspiring.

As you can see in the video above, Sven needs assistance to be seated, yet once his headphones are on he has all the information he needs in Street Fighter V.

Playing as Ken, Sven uses sounds to tell what his opponent is doing. He also uses fireballs to gauge distance to his competitor. With that audio information, he can defend and counter almost anything.

There’s even one point in the match where he denies an aerial attack, meeting his opponent in the air with his own technique. It really is incredible to witness.

If you enjoyed that, there’s also a post-match interview with the man himself, which you can check out below: