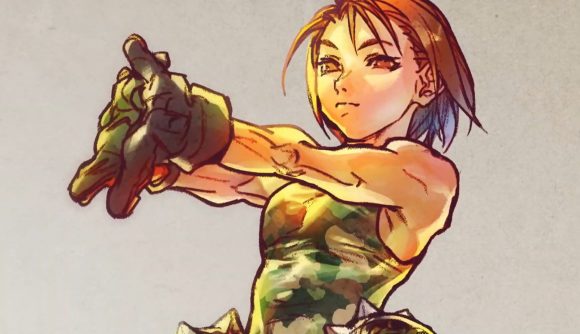 Street Fighter V is going to ride off into the sunset with Season 5, but if you thought that meant Street Fighter 6 would be coming soon, well… probably not. The Street Fighter V Season 5 roadmap has been revealed, along with most of the characters who will be joining the roster, but it’s going to take more than a year for all those fighters to be released.

In winter 2020, we’ll get Dan, a suite of new costumes, the Capcom Pro Tour 2021 stage, a new battle mechanic, and new “battle balance”. In spring, 2021, Rose will return to the roster with a new stage and set of “professional” costumes. Then, in summer 2021, we’ll get Oro and Akira Kazama – yes, from Rival Schools – and a new Akira-themed stage.

The Season 5 roadmap concludes in autumn 2021, with one more new character, who was not revealed as part of today’s news. That final update will also include the Capcom Pro Tour 2022 stage, a set of CPT costumes, and another balance update.

You can check out the full roadmap below. 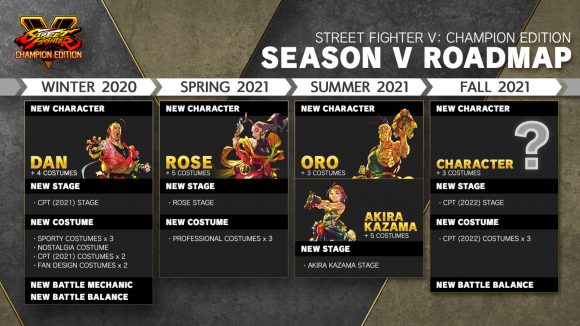 If you’ve checked out on SF5 and are waiting for the next big entry to hop back into Capcom’s venerable series of fighting games, it looks like you’re going to have a long wait ahead. But hey, you can head to Steam to play a free trial of Street Fighter V right now, if you are itching to punch some fellow pugilists.