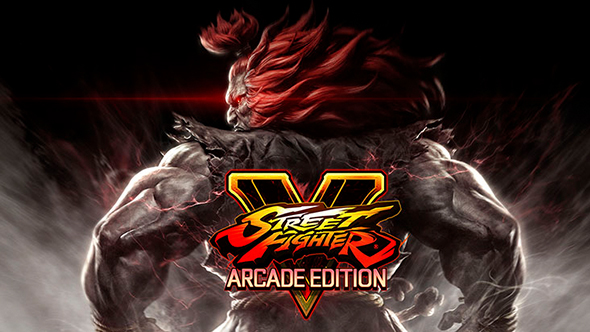 That Amazon leak wasn’t wrong, as Capcom have announced that Street Fighter V: Arcade Edition will be hitting both PlayStation 4 and PC on January 16, 2018. The game will feature loads of new content, with all the gameplay additions coming back to the original game in a free update.

The biggest change seems to be the addition of new V-Triggers, giving all characters two of the special moves. Extra Battle Mode, a gallery, and a redesigned UI filling out the new content, but perhaps the biggest feature is the oft-requested Arcade Mode.

That content will all be coming in the free update, but the Arcade Edition will also include all 28 characters, including the 12 made available in seasons one and two as DLC.

Arcade Edition looks to be a solid package, and it’s likely the one Capcom fighting fans have been waiting for. The game’s initial release drew quite a bit of criticism for its limited content, and though Street Fighter remains the premier title in most major fighting game tournaments, the first release failed to catch on with a wider audience.

“We understand that the beginning of this journey wasn’t ideal,” says executive producer Yoshinori Ono in an adorable message to the game’s fans. But it seems that nearly two years after release, Street Fighter V will at last be the game it should be. (Hey, we were told years ago not to expect the game until 2018.)

Original Story, October 5:Capcom’s Street Fighter V is finally getting an arcade mode, according to an apparently premature product listing on Amazon. That same listing suggests its release date is January 16 next year.

More specifically, the listing is for a new ‘Arcade Edition’ of the fighting game, but it makes clear that owners of the vanilla edition will also get access to arcade mode and, indeed, all future content:

“The initial Street Fighter V purchase is still the only one that consumers need to make to ensure they always have the most up-to-date version of the title.”

Other features in the arcade edition – all of which are presumably coming to vanilla as well – include new V-triggers for a total of two per character, an overhauled UI, and an extra battle mode in which you’ll complete timed challenges to obtain exclusive costumes. All arcade and vanilla players will also be placed into the same pool, and cross-play between PC and PlayStation 4 will continue.