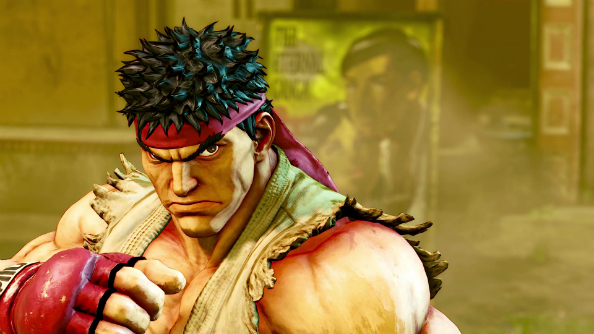 Take that, you filthy online cheats! At long last, Capcom have finally started to address Street Fighter 5’s rage-quitting epidemic; a problem that has plagued the beat ‘em up’s online skirmishes since launch. Are you one of those dastardly souls whose connection mysteriously keeps dropping out just as you’re about to be fireballed into oblivion by Ryu? Well, your days are about to be numbered.

If it hadn’t been for its bare bone online launch modes, Street Fighter 5 could well have been one of the best PC games of 2016.

In the latest post on Capcom’s official Unity site, the publisher addresses the pesky problem of SF5’s already infamous rage-quitting community: “Ever since last week, we’ve received a ton of videos both here on Unity and our social channels which we’ve been able to cross reference with our data and put together a clear picture as to which players are abusing the system. Though we were pretty confident that players in our system who had high disconnect rates were indeed those who were attempting to avoid a loss at all costs, we didn’t want to start dishing out any punishments without clear proof.”

The upside to all this fan feedback? Capcom is imposing penalties on those players with high disconnect rates, and happily, you’ll no longer have to provide video proof to help root out these cheaty scoundrels. “We’ve been working hard with the SFV server team to put together a process to pinpoint users who are clearly abusing the system and we’re happy to announce that we can now do this without any proof of video,” the publisher writes. “We will be punishing players on a weekly basis who have extremely high disconnect rates coupled with unrealistic win rates.”

Still, what about the small percentage of honest Street Fighter 5 players who are happy to lose fair and square, but just happen to suffer from genuine connection troubles on a regular basis? Fret not – Capcom are only targeting those individuals with lofty win ratios whose diconnect rates are also between 80-90%.

As for the penalty, Capcom will dock cheaters League Points, which then negatively impacts online rankings; a practice the publisher has already started carrying out. “Starting last week, we penalised roughly 30 players in our system by docking their League Points. Players who log into their account and see that their LP and Rank has dropped significantly can consider this a warning.”

From now on, Capcom will continually monitor accounts that have high disconnect rates on a weekly basis, and will reset their League Points accordingly. The bottom line: these changes should finally start to knock Street Fighter 5’s online scene into the sort of rudimentary shape it really should have been in at launch. Capcom do admit it they’re still looking for a more permanent solution for rage-quitting, though, and promise to update the community as and when they find it.

As a man who used to regularly win lunchtime Street Fighter 4 matches by spamming two buttons while playing as Blanka, I’m in no position to ride any sort of high horse over this matter.