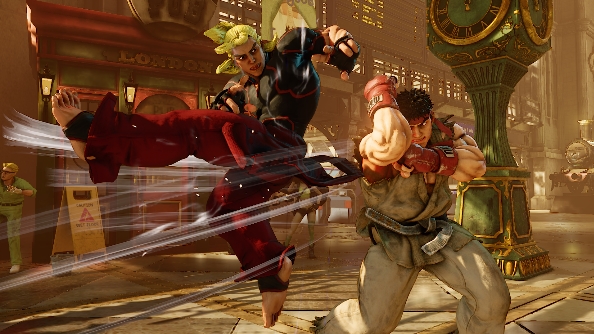 It’s no secret that Street Fighter V has had a ‘turbulent’ launch period, but Capcom are hoping the game’s March patch will iron out the majority of issues that are plaguing players. Coming over two days, a large chunk of features and new content will be added before March comes to a close, including a beefy Challenge Mode.

SFV’s regular updates will compete with this long list of upcoming PC games for our attentions.

Coming in the first patch on Monday, March 28th is the Challenge Mode, featuring 12 beginner tutorials, 11 intermediate tutorials, 4 advanced tutorials, and 16 lessons covering each one of Street Fighter V’s individual characters. You can then put what you’ve learnt into action with a Trial match, that helps you earn Fight Money currency.

Also coming on the 28th is a Rematch option for close losses in online matches, 8 person lobbies in the Battle Lounge with support for spectating, and plenty of bug fixes and balances.

The next update comes on Wednesday, March 30th, and adds Alex and his story content to the game. Joining him is the In-Game whip, where you can spend earned Fight Money currency on things like DLC characters and costumes.

When it launches the In-Game Shop won’t quite be finished: the service should offer micro-transactions through the use of the real money Zenny currency, but at current the system is not ready, and there is no ETA on when it will be.

As a gesture to apologise, Alex will be free for all players to use on a trial basis. When the Zenny shop finally launches he’ll become a paid-for character and revoked from trial use, but until then everyone can play as him for free. This will apply to any other DLC character that’s released before Zenny is working.