After a list of the best submarine games on PC? Submarine simulator games were reasonably popular back in the ‘90s, but if you’re looking for new submarine games then your options are a lot more limited. If you’re willing to go through all the hassle of making some of those ‘90s classics like Silent Hunter, Silent Service, and Aces of the Deep run on a modern PC then power to you. However, if you’re looking for some more modern PC games with submarines then this list boasts plenty of solid sub battlers.

Submarine games come in a few different shapes and forms, with some aiming to replicate the minutiae of everyday operations on a military vessel, while others focus on stalking battleships and landing the perfect torpedo strike. Submarine games are about much more than sinking other ships though, incorporating crew management, strategic use of resources, navigation skills, and good positioning if you and your crew want to return safely home.

So join us as we lay out our list of some of the best submarine games to play on PC right now, from free-to-play multiplayer titans to early access FTL-likes.

Here are the best submarine games: 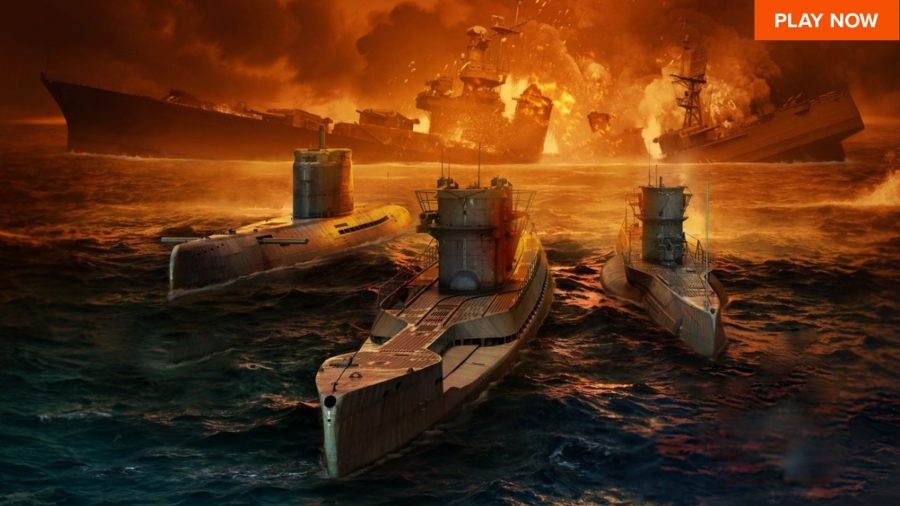 They said it would never happen, but submarines are now available in the free-to-play multiplayer naval battler World of Warships. After being tested with the player base in Operation ‘Terror of the Deep’ Wargaming committed to bringing submarines into the main game with their own combat mechanics, upgrades, and combat roles.

There are currently five submarines available in World of Warships which has been going from strength to strength since its release in 2015 making this one of the best WW2 games for fans of naval combat.

Play World of Warships for free 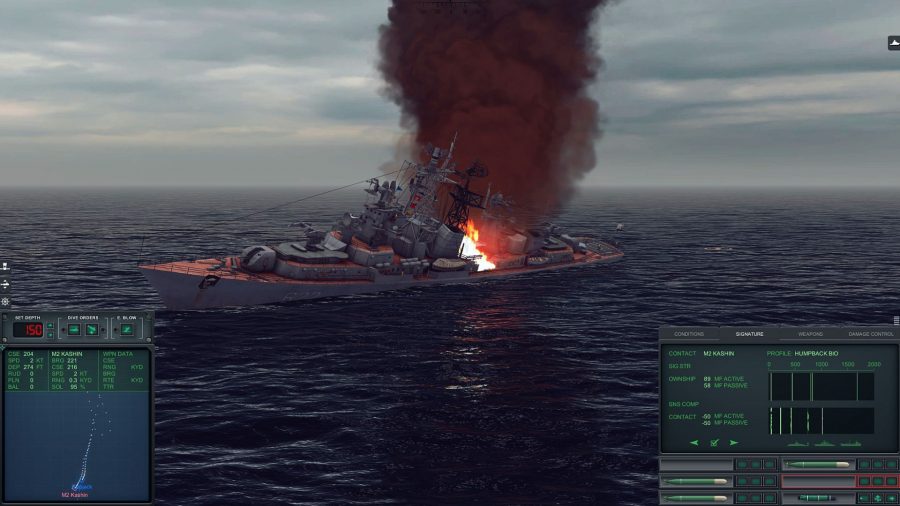 This spiritual successor to Red Storm Rising is a relatively new submarine game that really comes into its own when combat is initiated. You’re the commander of a nuclear sub tasked with preventing mutually assured destruction as the Cold War escalates. Patrolling between the Labrador and Barents seas, your job is to battle Soviet warships, intercept convoys, and deliver special forces troops deep behind enemy lines. To do this, you have a lineup of roughly 40 vessels equipped with everything from wire-guided torpedoes and cruise missiles, to modern sonar tech.

Cold Waters does a fantastic job of reminding you that you’re as much the prey as you are a predator, and you’ll often get the drop on a ship only to discover that two other vessels have been tracking you from long-range and you now have two torpedoes to dodge. Thankfully, you get a great deal of control over the sub, making such precise movements and feints easy to envision and execute in the heat of battle. 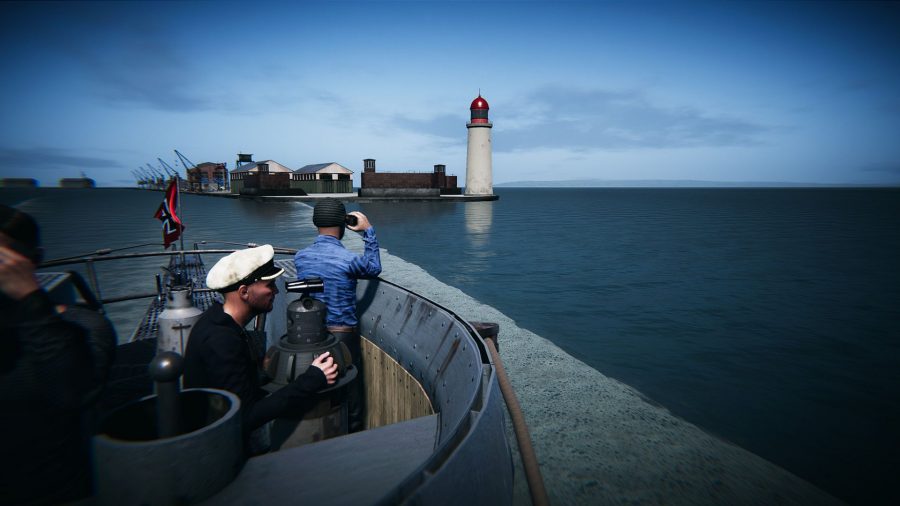 Blending third-person crew management with first-person action, UBOAT strikes an intoxicating balance of strategy and action that will appeal to casual and hardcore fans of submarine and war games. Your job as commander of a WW2 U-boat is twofold: carry out any orders given to you from Kiregsmarine HQ, and keep your crew and ship healthy and operational.

What makes this submarine game special is that you can go into first-person as the commander and walk through the U-boat to check on the crew and dish out any punishments – if you’re feeling strict you can even execute the cook for burning breakfast.

Having only recently set sail into the uncharted waters of Steam Early Access it’s also got quite a few nasty bugs. Still, this arguably the best-looking submarine game on this list, and will hopefully improve as developer Deep Water Studio continue implementing new features like a campaign. 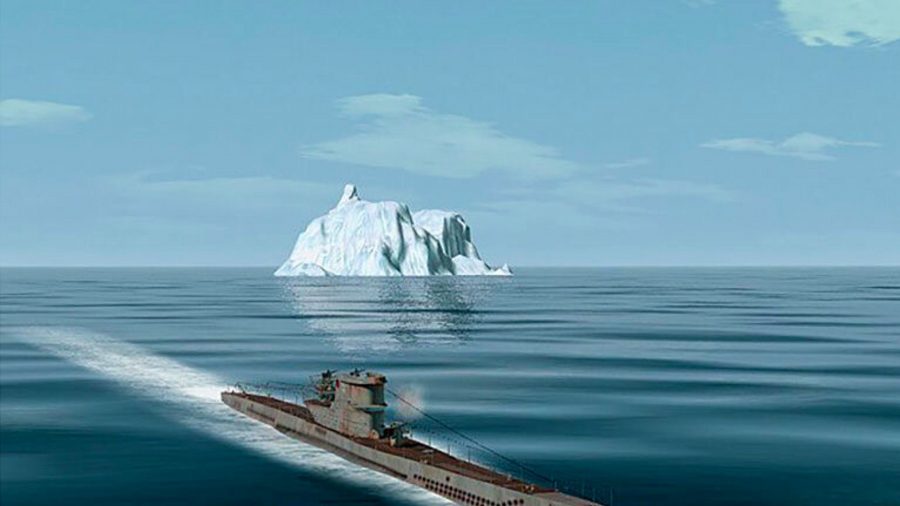 When it comes to all-encompassing submarine games that immerse you fully in the role of a sub commander, it’s tough to beat Silent Hunter 3. You can choose a number of different campaigns, or even dynamic patrol missions, and all of them promise to put you through your paces as the war drags on. Commanding a U-boat at the start of the war makes you feel like an apex predator, as few enemies are equipped to deal with the new technology, however, by 1944 your task is almost impossible as enemy vessels start bringing escorts and aircraft support.

There are plenty of different submarines you can command, and every one feels distinct and representative of the time period you’re fighting in, from the rickety U-boats of the late ‘30s to more sturdy vessels capable of dealing damage over long range and carrying heavier payloads.

Whichever you choose, expect to be greeted by realistic details wherever you look. You can move between all the different stations in the sub in first-person to see the crew in action, but there’s also external, strategic, and cinematic camera settings that help a great deal with accessibility. Speaking of which, Silent Hunter 3 boasts a slew of realism settings that you can adjust as you get more accustomed to the controls, allowing you to fully customise the experience. This may be one of the only old games on this list, so if you’re after a slightly more modern version, Silent Hunter 4 is also worth playing. 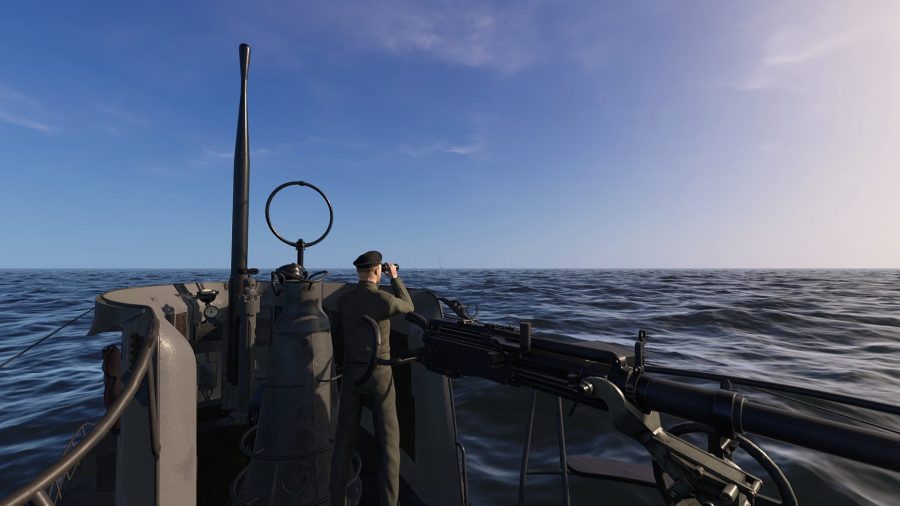 If meticulously detailed U-boat interiors then this first-person submarine warfare simulator is ideal. Wolfpack is in Steam Early Access, but is being developed with the dedicated submarine games community, Subsim, in an effort to make it the best sub game of all time. Better still, Wolfpack is one of the only co-op games with submarines you can play right now, allowing you and some friends to assume different roles aboard a U-boat and patrol the seas together.

Everything takes place in first-person, so there’s no external view or set of crew management mechanics to distract you from fully immersing yourself in the task at hand. The downside to this is that you have to really know what you’re doing to succeed in Wolfpack, so if you don’t know your way around the inside of a U-boat and how to operate one then this may not be for you. 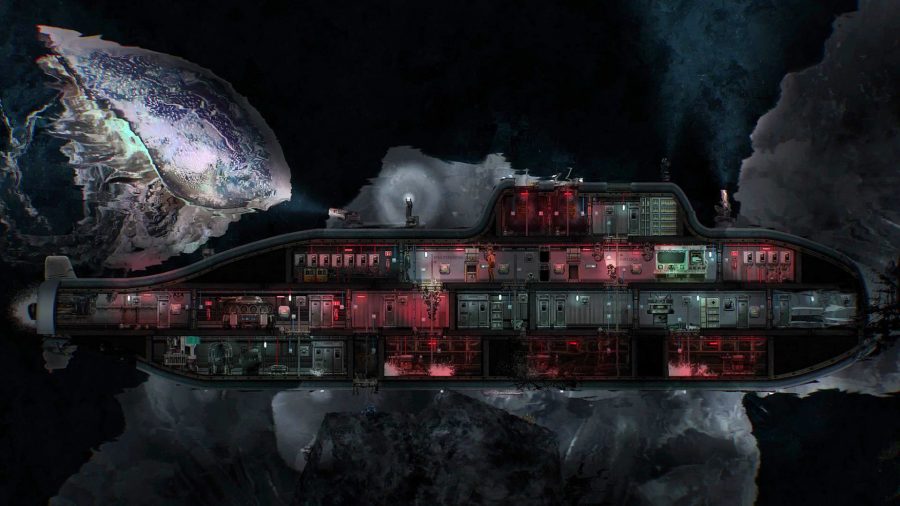 Not all the best submarine games are simulation games, and Barotrauma’s 2D blend of multiplayer chaos, alien monsters, and FTL-style ship management is the proof. In Barotrauma you design your submarine and set off to hunt down all manner of horrific alien sea monsters. While Barotrauma is entirely playable alone, it’s at its best in co-op where your mistakes will snowball into rolling, comical disasters.

Similar: Read our rundown of the best tank games on PC

There’s plenty of complexity involved in just keeping your sub running without it erupting in flames, so it’s not hard to imagine how quickly and dramatically things go awry when sea monsters get involved. One instance of poor coordination and you might accidentally flood part of the submarine, flushing your comrade out into the jaws of a massive anglerfish, which can lead to some very lively discussions over voice chat. 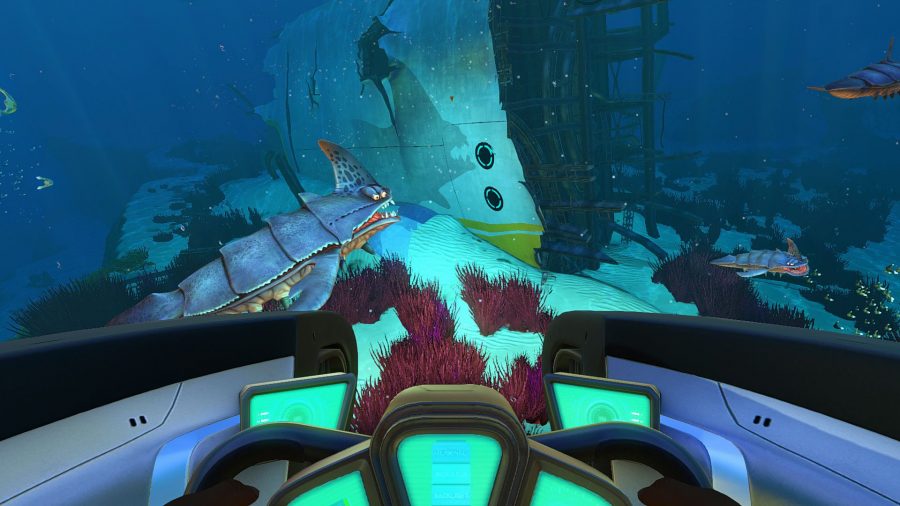 While ostensibly a seafaring survival game, you do spend a lot of time bumbling around the seafloor in a teeny submersible. Your goals are also a lot more humble than stopping Soviet aggressors in Cold Waters or crippling allied shipping lanes in U-boat, instead you simply need to survive after crash-landing on an oceanic alien planet. That challenge takes you from humble beginnings where you’re living off raw kelp in your floating escape pod, all the way to crafting your own mini submarine and underwater research base. If you’re just starting out then be sure to check out our Subnautica guide for help with the map, resources, and much more.

And there you have it, our roundup of the finest submarines games you can play right now.

If you’re new to the submarine scene then these games can be pretty intimidating at first, but stick with them and seek out the enthusiastic community and you’ll soon get to grips with the steep learning curve.