Want to know what the best Subnautica mods are? Subnautica tasks players to survive on an alien ocean planet with nothing but a life pod to begin with. The modding community for this survival game has been active since it officially launched in January 2018, adding in new challenges and quality of life tweaks to alter the stock experience.

Subnautica launched without any multiplayer support, but modders have found a way to add this major feature to the base game. Comparatively, the rest of the mods seem a lot smaller in scope, but they too can have drastic effects on the gameplay. Trust us, after using some of these crafting mods, you’ll have a difficult time going back to the original game.

Whether you’re a newcomer to the series or an experienced deep sea diver, there are plenty of Subnautica mods to suit every type of player. Bear in mind that these mods are specifically for the base version of Subnautica, not the Below Zero expansion. While some of the mods on this list may work with the expansion, not all of them are guaranteed to play nice.

The process for installing Subnautica mods is very similar to modifying most Bethesda games. First off, you’re going to need a Nexus Mods account, as you won’t be able to download most of the mods on this list without one. It’s also worth downloading the mod manager from Nexus Mods, Vortex, which makes the installation process for each mod significantly easier.

Finally, download QModManager to load the mods into Subnautica. This mod manager tells you when some of your mods are conflicting with each other, making it easy to diagnose any issues should they occur. Keep in mind that QModManager doesn’t work with the Nitrox multiplayer mod, severely limiting the number of mods you can use when playing with a co-op buddy.

Subnautica can be a lonely game at times as you explore the alien ocean planet without ever seeing another person, but what if other people crash landed at the same time as you? Nitrox transforms Subnautica by introducing multiplayer to the game, adding support for up to 100 people on the same server. No matter which version of the game you’re playing (Steam, Epic Game Store, or the Windows Store), Nitrox features native cross-play with all three versions.

Building bases and collecting resources becomes instantly more enjoyable when you’re working with someone to get the work done faster. It’s important to note that this mod is still in development and so doesn’t work flawlessly. There are a number of bugs present in the latest build, including desynchronisation issues and problems with creatures getting stuck. Despite these issues, we appreciate having the ability to play Subnautica with other people, even if it means having to deal with a few bugs. 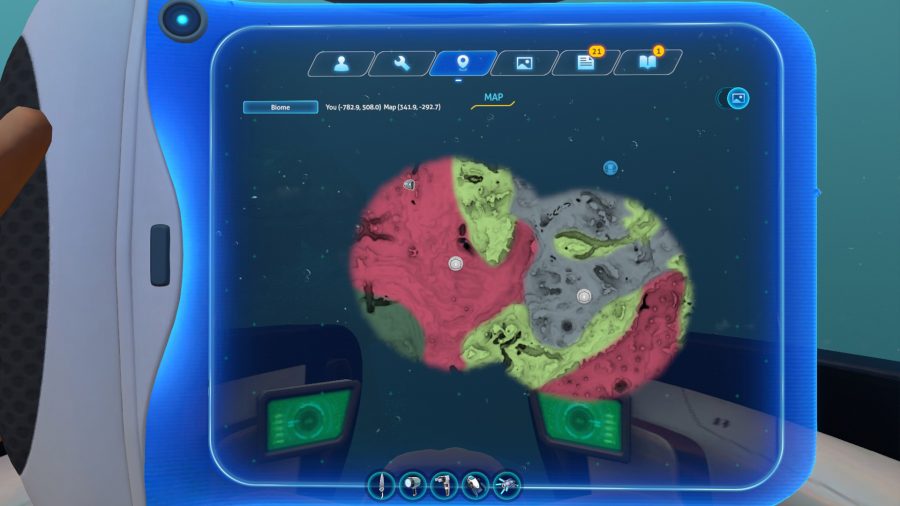 Here’s another game-changing mod, this time in the form of a robust map added to the in-game PDA. Subnautica doesn’t feature any type of map system as it wants players to use beacons to track where they’ve been. Opt for the map instead, which plots where you are and where you’ve been. The map doesn’t remove all the mystery from Subnautica; unexplored locations are hidden by a fog to ensure interesting destinations remain concealed.

Newman55, the person behind the mod, went above and beyond with the map implementation. In order to get the full range of abilities from the map, you need to equip the compass and the scanner room HUD chip. This map has been intelligently integrated with the rest of Subnautica’s mechanics to make it feel like it has always been part of the game.

Played through Subnautica already and want to skip ahead to the main bits? Accelerated Start speeds up the first hour and a half of gameplay to give you all the tools necessary to get started. This is great for players who already have lots of experience with Subnautica and don’t need to sit through several tutorials on each tool. There’s even a mod menu to modify some of the default settings if you want more of a challenge. 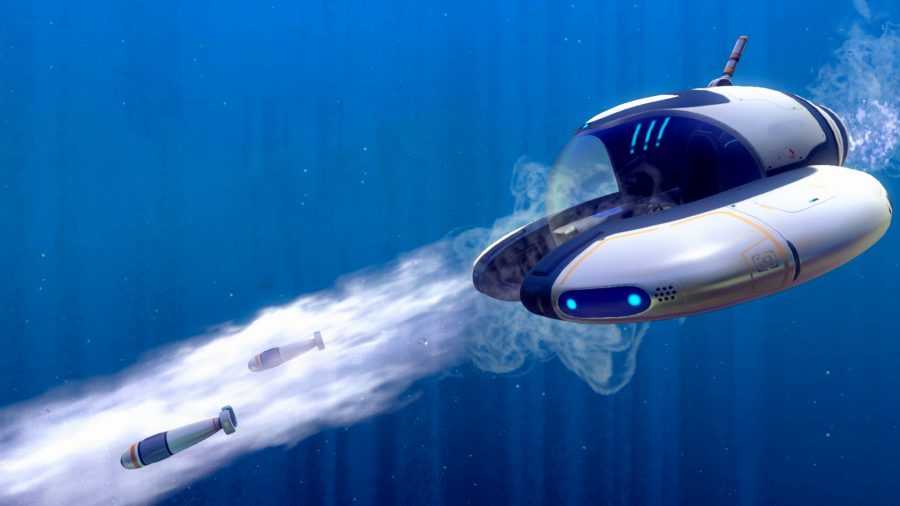 Improve all of your vehicles in Subnautica using the Upgraded Vehicles mod, which increases the benefits gained from upgrading depth modules. This is extremely useful in the mid to late game where some of the smaller vehicles feel far too slow to use – simply attach a speed boost module to the vehicle to instantly upgrade its top speed. These upgrades are vital as they give players multiple vehicle options instead of having to rely entirely on the Prawn.

Here’s another mod for experienced players, this time affecting the requirements for some of the blueprints. A lot of the components for the blueprints are fairly easy to find, but if you want to make things more challenging, this mod forces players to explore every accessible cave at the beginning of the game.

Ellinger74 and Quintuple5, the creators of the mod, did research on some of the materials to find out how rare they are to obtain – this research is reflected in most of the in-game recipes. Realistic Recipes has been updated a few times to adjust values based on player feedback. The developers want the recipes to be harder to create, but not so hard that the game becomes boring. 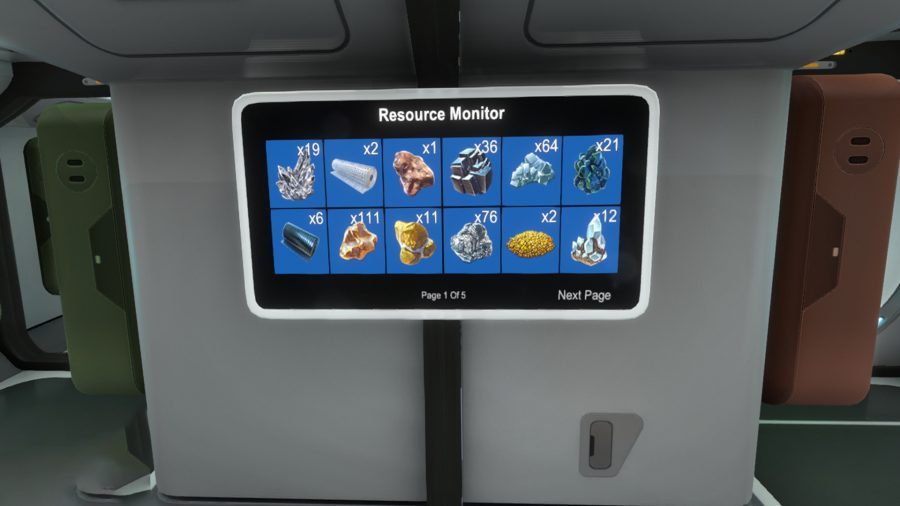 Managing through your inventory can be a lengthy process, especially in the late game when you’ve acquired hundreds of items and materials. The Resource Monitor mod displays every item within the lockers in your base or Cyclops on a large screen – and this isn’t just for show; you can select any of the items on the screen to instantly access them.

Subnautica gives you nine tools, but only provides five quick slots to hold these items. While you could rummage through your inventory every time you need a specific tool, we highly recommend using this mod instead. MoreQuickSlots unlocks 12 slots, perfect for tools and any other item you want to use. The mod even allows you to label each slot if you want to make the UI look clean.

Those are some of the best Subnautica mods you can try out today. Looking for games similar to Subnautica? Check out our best adventure games list to discover numerous worlds to explore. If you’re searching for something intense, our best horror games list will certainly set your heart racing.