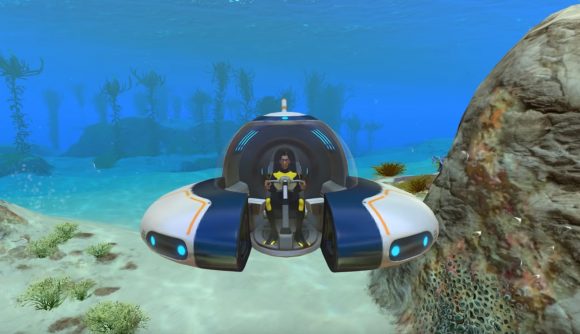 Subnautica is typically a lonely experience – and often a terrifying one, at that. But the folks behind the Nitrox mod aim to change that. This multiplayer mod has been in development since the game itself was still in Early Access, and though it’s still not finished it’s finally in a state to receive a public release via Nexus Mods.

The current version of Nitrox includes all the basics, like synced character movement, item gathering, base building, power use, and vehicle interaction – but this is still an alpha. The developers note that the install process is still “not suited for the faint-hearted” and that “until a stable version is released, this mod is not recommended for casual play.”

Nitrox is open source, and the intent of this release is to get it out into the hands of more people so that the community can help contribute to the mod’s development. Getting multiplayer into Subnautica is no easy task. As the devs noted in a forum post back in 2017, Subnautica was initially built as a small, single-player game. “It is a large undertaking to rework many of the core systems to work for multiplayer, and devoting even 1 developer to working on co-op would have meant the core game we were trying to make would have suffered.”

That post adds “We fully support the effort Sunrunner is putting into this mod, and are as interested as everyone else to see how it turns out. But we don’t have any misconceptions about how much work it is going to be to get a fully working and polished multiplayer version of SN done.”

Read more: Get tips in our Subnautica guide

You can get a taste of the multiplayer thanks to a trailer from the mod team.

If you’ve yet to dive in, Subnautica is still free via the Epic Games store. That promotion will last for another week, but the game will remain tied to your account forever if you claim the title within that timeframe.