2015 has been a pretty wonderful year for storytelling. CD Projekt Red released the final part of their Witcher trilogy – at least where Geralt is concerned – and lavished it with some of the best writing the RPG genre has ever seen; Obsidian’s Pillars of Eternity launched, gifting us with a modern Baldur’s Gate that doesn’t rely on nostalgia; and Sam Barlow gave us Her Story, with an experimental narrative that I continue to ponder.

But even among these heavyweights and indie gems, it’s Failbetter Games’ Sunless Sea that has stood out the most for me. An underground nautical adventure, it’s all about clinging onto your sanity as you sail through night-black waters full of unnamable terrors and forgotten gods, accompanied by prose evocative of penny dreadfuls and the eldritch tales of Lovecraft.

If you’ve ever wondered what game to buy for the Victorian time-traveller in your life, then look no further. Fire up the gas lamps and put them in front of Sunless Sea – they’ll have a riot. Or they’ll just go mad. Either way, fun will be had. But a very specific, extremely unsettling kind of fun. It’s a game full of antediluvian horrors, sleepless nights spent drifting through an unforgiving sea, boats full of crews gone mad, eating each other, jumping overboard, starving to death. That kind of fun. 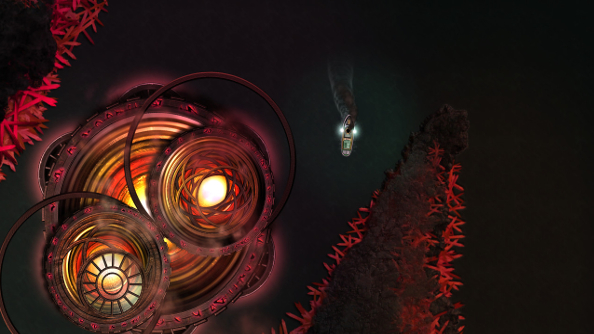 In plainer terms, it’s a game about exploring an underground sea, revealing more and more of your map by pushing forward, finding new trading opportunities, doing a spot of fighting (or running away), and dipping into weird and wonderful stories – ranging from from rodent wars to political intrigue – as you visit new islands. It’s those stories, both the scripted ones and the emergent kind, that make Sunless Sea so damn compelling.

Well-written games are still – despite this year’s decent showing – not all that common. It’s a weird medium, is gaming, because so many titles are about telling stories, but actually do very little to weave a gripping tale, instead relying on hackneyed cutscenes and a torrent of cliches. But Sunless Sea shows clearly how powerful imaginative text can be. Remove the quality prose and you have a pretty game that’s ripe for exploration. But it’s the language, weird characters, alien cultures and bizarre story threads tying the dimly lit universe together that transform it into a treasure.

Take smuggling, for instance. The Unterzee, despite being a morally ambiguous place, still has laws, particularly in the great city of Fallen London, which once sat in the world above before being dragged down below by an army of bats. If you dock your ship in London and customs bureaucrats find contraband, then you’re in trouble. But Sunless Sea puts a sinister spin on everything, because the contraband you’re carrying is more likely to be human souls than what you’d normally expect to buy in a black market. It’s a tiny thing, but one of many bricks used to build what has proved to be one of gaming’s unique worlds.

It was in the learning about the world, the uncovering of its secrets and the stories of its twisted denizens, where Sunless Sea’s claws dug deep into my flesh. Every time I left the relative safety of Fallen London’s docks, there was the promise of something new just waiting to be found at the other side of the almost impenetrable fog. A new island settlement to discover, with rituals both macabre and beautiful; a great vortex in the middle of the sea that I was too scared to sail into for fear of losing everything; fortresses made of crystal and ice with purposes unknown; infernal machines hidden away at the edge of the world – brilliant tourist traps, all. 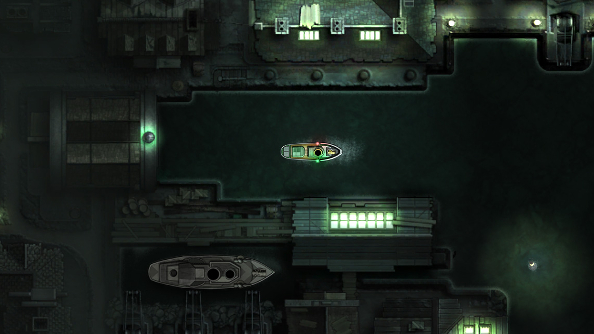 I think that’s what dragged me back to the sea after every permanent death, starting new lives over and over again: the chance to be a tourist in the strangest of places. Some of my favourite Weird Tales and pulp fantasy romps, stories from Lovecraft, Howard and the like, are all about clueless people stupidly going to utterly foreign places, sometimes across the sea, sometimes across the universe, and sometimes in dreams. In those stories, they usually die, or come close to death, and they almost always skirt the edges of madness.

Beyond physical exploration is exploration that takes place in dialogue: within colloquialisms, strange turns of phrase, in place names and titles. Each island provides opportunities to chew the fat with locals, catching up on gossip, getting an education in myths or the political climate, and this all contributes to fleshing out the world organically. This is given even more importance by its link to the mechanics of the game, as knowledge gained from chit chat can be sold to the admiralty or set you on a voyage of discovery to a new land.

What Failbetter have done is conjured up an impossible world that still, somehow, feels real and tangible, like it existed before the writers, artists and programmers worked their magic.

If this all sounds like your cup of zeeweed tea, then grab it without hesitation – and also get cautiously excited for the Zubmariner DLC that’s in the works, sending captains even deeper into the Unterzee, beneath the waves.