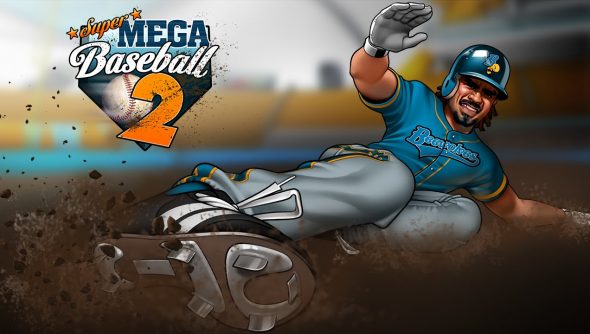 Talking directly to fans via a YouTube video (see above), Metalhead Software’s Scott confirmed that while the game was initially scheduled for a September 2017 release, the team thinks plugging a baseball game in winter is a “tough sell”, so have pushed back even further to early 2018.

These free Steam games should keep you entertained while you wait.

“We’ve been working around the clock to complete the game but there are still features that aren’t finished yet. And where we’re sitting now, to release it by September would mean having to cut a lot of corners. And we do not want to give you a game that you won’t be happy with,” say Metalhead in an official statement.

“If we pushed, we could probably get a decent game out by the end of the year. But we released the original SMB in December so we know from experience that baseball in winter is a tough sell. We don’t want to put ourselves (or the future of the game) in that position again, so we’ve decided to delay the game until 2018 when baseball is spinning up again.”

Trying to turn that negative into a positive, though, the developers add that there’s “a big upside to this” delay, as it gives the team more time, “especially for certain members of the team who were ramping down on their tasks” (no, I’m not sure what that means). Intending to use the extra time to work on “small features and pieces of content that had previously been cut out of our scope”, such as “additional art components” (not sure what that means without context, either).

Anyway. The extra window gives the team time to test the game via a beta, so that’s exactly what they’re going to do. No news as to when, but sometime towards the end of the year might be a good guess.

“We know that this is disappointing news for some, and we’re sorry to have gotten your hopes up for September. We are committed to making the best game we can with the resources available to us, and at the end of the day we think you’ll get a better game out of this.”