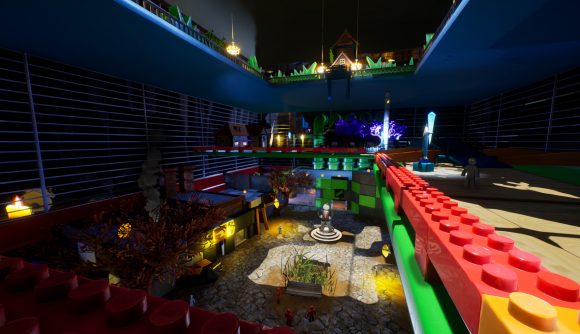 Supraland has slowly turned into a cult hit on Steam. The product of a solo developer, it’s a self-described blend of Zelda, Metroid, and Portal, and while it doesn’t make much an impression at first glance, its quality has given it plenty of positive word-of-mouth. Now, as it reaches over 600,000 players, the developer is teasing a sequel and a half.

“Supraland now has had over 600,000 unique players (plus pirates),” according to the official announcement. (You can probably go check Pirate Bay or something for the remainder of the number.) The game was initially set to get a DLC expansion, but that has since evolved into a standalone release that’s “something like Supraland 1.5. Not quite SL2, but way more than a DLC.”

Supraland Six Inches Under is set to start public alpha testing in the second quarter of this year before it hits Steam Early Access and, eventually, final release. (No timeline on the latter two steps, though.) “There is no deadline besides ‘when it’s good’.”

That’s the half-sequel, but Supraland 2 is also coming, and it’s currently in pre-production. All the details are in flux, but the current plan is to introduce more puzzle-style combat, more robust sequence-breaking options, and abilities beyond the usual high jumps and wall-climbing you see in many Metroidvanias. The studio is currently staffing up to build the sequel.

For more indie games or upcoming PC games, you can follow those respective links.