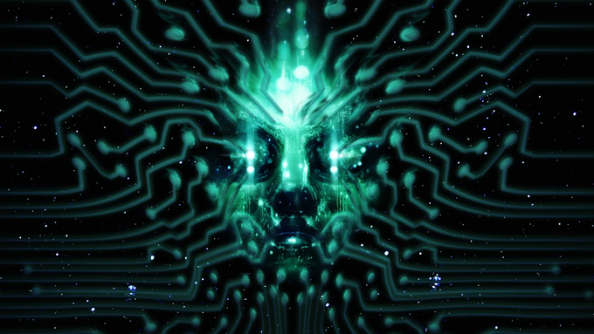 System Shock, the Nightdive reboot of the 1994 Looking Glass classic, has sprung out of the blocks on Kickstarter, raising $350,000 of its $900,000 goal in one day. Apparently we all took that piece of blood-smeared graffiti in System Shock 2 seriously when it told us to ‘remember Citadel.’  Its developers have also announced that Chris Avellone is working on the story, and that the pre-alpha demo is now live on Steam, GOG and Humble Store for everyone to enjoy.

It’s hard to utter the words ‘System Shock’ without thinking of the best PC games of all time – here are the rest.

“To help shape and direct the existing narrative of System Shock,” write Nightdive on System Shock’s Kickstarter page, “we’ve enlisted the help of Chris Avellone, who is best known for his work on a number of role-playing games, including; Fallout: New Vegas, Wasteland 2, Star Wars: Knights of the Old Republic II, Planescape: Torment, and Fallout 2.

Avellone has developed a bit of a taste for working with Kickstarter projects lately: his most recent credits are for his writing work on Divinity: Original Sin 2, Torment: Tides of Numenera, and Pillars of Eternity. He’s joining some old friends from the Fallout: New Vegas dev team to help shape the open world here.

The pre-alpha demo, which Nightdive stress is very early and not representative of final game quality, is now available for everyone via Steam, GOG, and Humble Store. As in: you can go and play a bit of System Shock right now, if you like.

It’s been recieving extremely positive reviews, too. Those who’ve sampled the demo are praising its atmosphere and faithfulness to the ancient DOS game. It’s quite a feat, dragging those dusty old areas into Unity, making them look as gorgeous as they do, and retaining the feel of the original.

You can check out some System Shock gameplay here to inform your decision. It’s looking strong.