Tacoma, the long-awaited second game from Gone Home devs The Fullbright Company, was delayed for being too much like their debut.

Jordan went hands-on with Tacoma a few months ago.

That’s according to Steve Gaynor, designer and writer, in a new interview with PCGamesN. Asked what was the reasoning behind last year’s delay, Gaynor says:

“We started building a first demo, and it was much closer in structure and progression to Gome Home than what we ended up doing. That meant you were following this breadcrumb trail of narrative pieces.”

The staff of Tacoma’s space station setting show up in augmented reality thanks to the station’s AI. They’re key to the storytelling in the current version of the game, but were “more like an isolated video-audio diary,” in this earlier build. 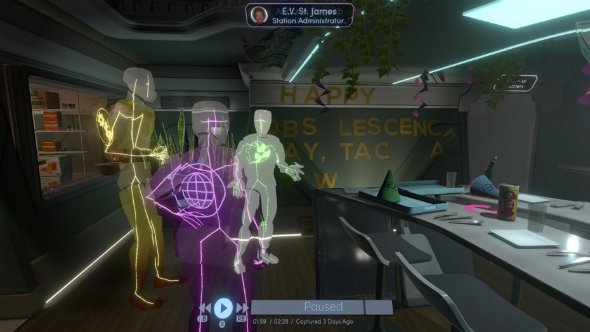 “When we put it in front of people, the overall response was positive, but there wasn’t much that made it different from Gone Home. They were like ‘How are you differentiating yourselves?’ The whole point of setting ourselves in the far future on the space station, all that stuff was meant to push us to make the game different. The general reaction was that we weren’t taking the ideas far enough.

“We went back and said ‘How can we structure the space station differently? How can we structure progression differently? Most importantly, how can we make the AR characters the core mechanic of the game?’ That took a lot of re-examination, but at the end of the day, we’re all glad that we were able to see that the first version had some things that were interesting, and we were able to make them live up to the potential that they had.”

Gone Home revolutionised narrative design in videogames when it released back in 2013, telling the story behind an empty house in an inventive, player-centric way.