Taiwanese memory manufacturers are reportedly shifting operations out of China double-time to avoid the latest spat between the US and China. Industry sources claim that some DRAM and NAND manufacturers are so quick to make the rapid changeover that their operation has become “chaotic.”

The manufacturing shift comes shortly after US-China trade talks came to a grinding halt with no agreement. The US is currently cranking up the pressure on the manufacturing capital of the world and its latest bout of tariffs increases duty on $200bn worth of Chinese imports into the US by 15%. These new 25% tariffs are reportedly set to go into effect in a matter of weeks, and economists believe these will be tougher for businesses to swallow without passing off the cost to consumers.

Speaking with DigiTimes, industry sources claim the tariffs are behind the production shift from China to Taiwan. Several Taiwan-based memory manufacturers are reportedly reshuffling their Chinese manufacturing efforts to avoid the financial burden of the tariffs, which have in place on semiconductor imports since last year, with only products intended for sale within China intended to remain at fabs within the country.

None of the companies involved are expanding existing factory capacity within Taiwan, the sources say. This could put pressure on these fabs to produce necessary wafers for both the US and worldwide markets following the shift.

Now’s the time: These are the best SSDs for gaming

But meeting demand might not be such an issue right now. Memory – incorporating both NAND flash for SSDs and DRAM for system memory and graphics cards – has been in a price freefall since last year. NAND flash particularly is in a period of price correction due to an oversupply, slowing demand, and increasing competition in the market.

That’s not such a bad thing for gamers, however, as prices for SSDs and RAM have come crashing down in recent months. 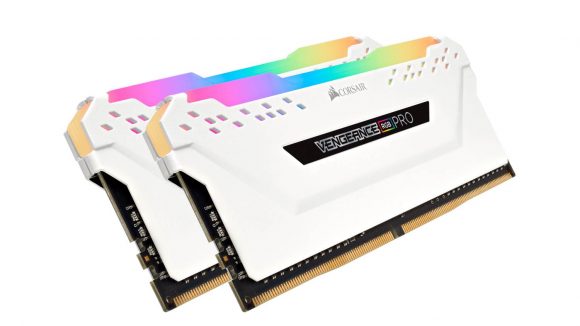 This freefall is reportedly set to ease by the end of this year, but not before hitting rock bottom later this year when NAND flash is expected to drop below 10 cents per GB.

Industry sources also say that shifting production out of China isn’t entirely a new concept for the unidentified memory manufacturers involved. Increased cost of production, reportedly due to an increase in labour costs, has led to many of these companies shifting away from Chinese production.

China has been investing heavily in domestic memory production as part of its Made in China 2025 initiative. The country aims to become at least 70% self-sufficient in semiconductors by 2025, and this has been cited as a root cause for many of the disputes and tensions between domestic Chinese fabs and their foreign counterparts.