As of the most recent version (Premium Beta 1.0, launched last Friday) Elite: Dangerous is limited to just five navigable systems. There’s a galactic map in there that lets you peek at any of the hundred billion or so other stars in our Milky Way, but not one of them has yet been lavished with a local system map. That is, the representations of the orbits and locations of the major bodies within the selected star system. They’re important if you intend on pointing your spaceship in the right direction.

They’re lovely too, mostly because they’re pretty, but also as a helpful listing of all of the planets and stations a system has to offer. Frontier’s executive producer has revealed some early mock-ups of what those system maps might look like in future versions Elite: Dangerous.

If you love maps and space, why you’ll just love these maps of space. 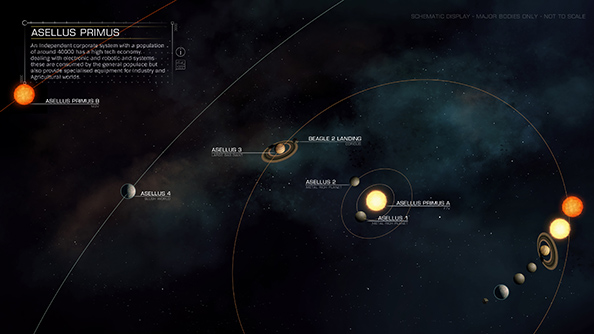 But our tiny images hardly do them justice. 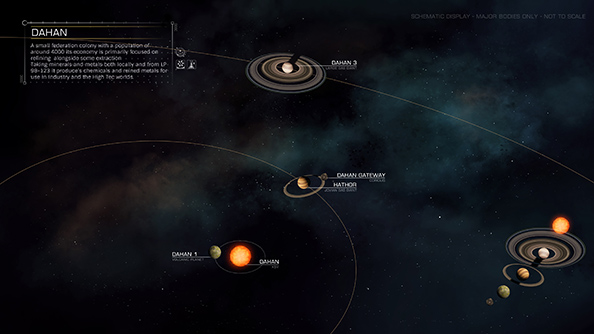 They’re available in 4K over on the Elite: Dangerous forum.

And keep in mind that these are only mock-ups. 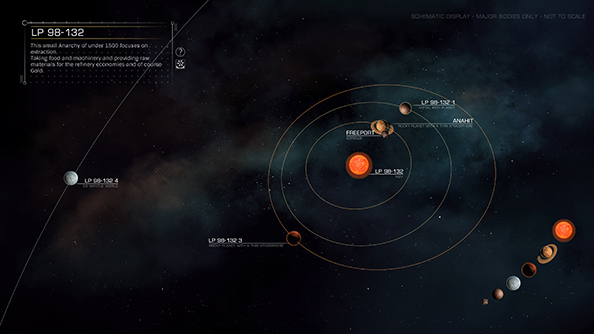 As a style target these early designs give cause for some quietly impressed chin-stroking, especially if Frontier can automate such nicely composed maps for any of the effectively infinite permutations of procedurally generated star systems in the galaxy.

Even if they don’t, these maps will be useful for any of the thousands of new players who have just joined the Elite: Dangerous universe.