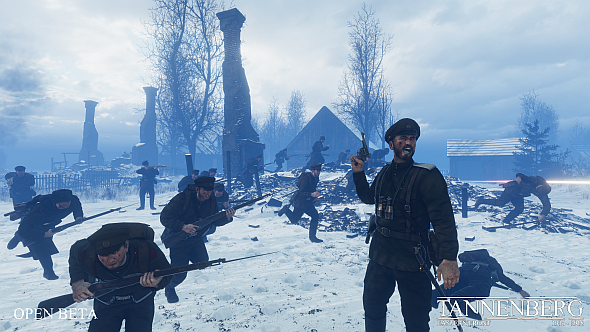 Tannenberg is the standalone expansion to Verdun, a large-scale multiplayer World War One shooter with a focus on authenticity. So if you like your shooters without the triple-A bloat of perks, DLC and the like, you’ll be glad to know that Tannenberg has just entered open beta on Steam Early Access. You can get into the trenches right now for £13.99 or $17.99, with a further 20% off if you own Verdun.

Related: these are the best FPS games on PC.

Where Verdun was set on the western front, Tannenberg takes you to the east – your choices of allegiance include not only the Russians and Germans, but also the underrepresented Austro-Hungarians.

The war in the east was very different to the trenches in the west, and accordingly, Tannenberg’s four maps are larger and more open than Verdun’s, and can accommodate double the players – 64 of them in total, in fact. Weather can vary and affect gameplay, so look forward to scrapping in the snow. There’s also a new game mode, Maneuver, in which two teams of 32 compete to control a spread of objective zones across those sprawling maps. Maneuver will include full AI bot support.

The open beta is content-complete, and the devs are now focusing on balance and polish ahead of a full release in the first quarter of next year.