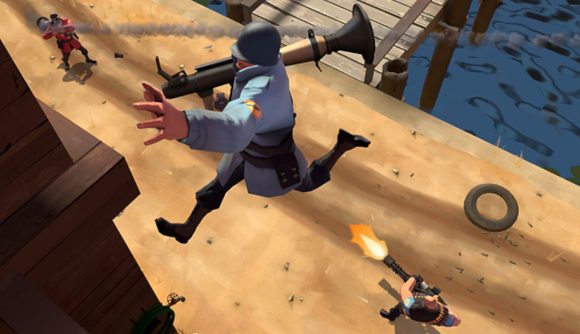 The developers behind two big Team Fortress 2 mods have temporarily halted downloads of their projects, and nobody seems to know why. The folks behind both Open Fortress and TF2 Classic both say that the suspension is “due to an arrangement with Valve”, and will only be temporary. For now, fans have been left to speculate on the reasons why.

We’ve reached out to Valve for comment, but have not yet received a response. On the TF2 Classic Discord, one of the developers says “it’s nothing to worry about, that’s all we’re willing to say right now”.

Fans are split in speculating on what this all means. Valve has historically been quite supportive of the modding community. Steam features built-in mod support for many games through the Workshop, and games like Counter-Strike, Dota, and Team Fortress itself all originally started as mods. Given both that fact and modders’ assurances that these hiatuses are temporary, it’s unlikely Valve is threatening the projects in any way. Even fan games like Black Mesa have been sold on Steam as official products.

Open Fortress is an extensive, open-source TF2 mod currently in alpha that is set to introduce new modes and characters to the game. TF2 Classic is an effort to return to the 2008 era of Team Fortress 2, building on classic gameplay by rebuilding modes and features that were previously scrapped, and including some brand-new content.

Downloads for Open Fortress are currently suspended due to an arrangement with Valve. This suspension is temporary and we will keep you informed on future developments as they come – stay tuned!

Official Team Fortress 2 updates have been few and far between, however, and some fans are holding out hope that we’ll see elements of these mods integrated into the game as official updates.

Hi all. As of this post, downloads for TF2Classic are temporarily disabled due to an arrangement with Valve. This includes direct downloads to the mod through our website, Discord, and launcher.

This is only temporary for now. We'll keep you posted for further information.

Whatever the case, Team Fortress 2 is one of the great classic multiplayer games on PC, and we’ll keep you updated as we learn more.