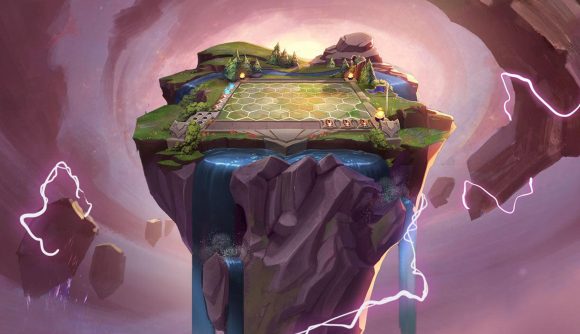 The Auto Chess gold rush may be behind us, but the genre’s heaviest hitters are still seeing incredible success. Teamfight Tactics’ player count is still at a level that most standalone games could never dream of – and it’s boosted League of Legends player count to the point at which Riot can now boast that it’s the biggest PC game in the world.

Teamfight Tactics has a regular monthly player count of 33 million. For reference, Dota 2 – regularly the biggest game on Steam – reported about 11 million players at the start of the year. Fortnite player count is closing in on 100 million a month, and Minecraft player count has already broached 112 million players.

But while TFT is behind some of the biggest games in the world, it has boosted League’s concurrent player records by 33%. Riot reports that TFT players have spent a total of 1.725 million hours in the mode, which translates to roughly 200,000 years worth of autobattling.

Riot says in the announcement it plans to foster a “competitive scene” for TFT in 2020, but it’ll be awhile before we get any concrete details on this esports initiative. TFT also just got its own Twitter account – honestly, seems a bit late.

So while Teamfight Tactics has fallen from the top of the Twitch charts, it seems that its actual player numbers are not slowing down any time soon.