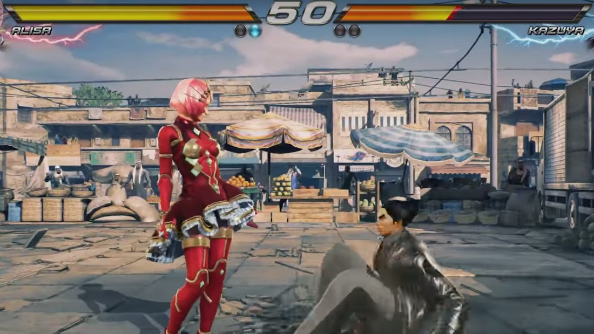 As the first of its series to get a PC release, we’re understandably a little bit excited about Tekken 7. As a manifestation of that excitement, 11 minutes of Tekken 7 on PC footage has appeared (thanks, Gamespot), exhibiting a few of the game’s new features as well as lots of juicy combos.

Due for release in early 2017, Tekken 7 is looking pretty sharp, both visually and in terms of its gameplay. The footage below features a number of face-offs, including Akuma vs Heihachi, Kazuya vs Dragunov and Alisa vs Lucky Chloe – not to mention loads of kicking, punching with varying degrees of sass.

The gameplay also reveals one of Tekken 7’s much touted seamless transitions between gameplay and cutscenes, which you can check out for yourself at around the 6:50 mark.

Not a massive amount is known about Tekken 7 in terms of sheer features, although Namco Bandai have stated a few of the key difference between it and the arcade version, such as a full story mode and new fighter: Kazumi Mishima, Claudio, Josie, Shaheen, Katarina, Lucky Chloe, Gigas, and Street Fighter’s Akuma.