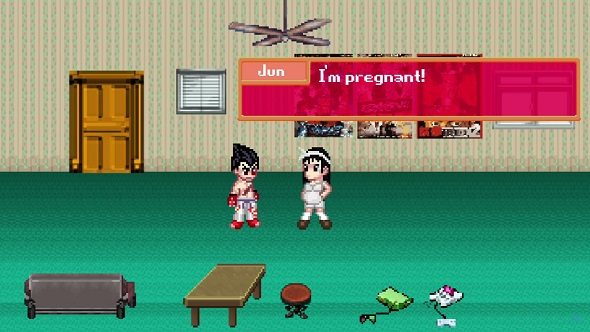 Tekken is coming to PC for the first time ever on June 2, with the seventh mainline instalment of the 3D fighter. If you’ve been playing PC games your entire life, you’re probably quite excited by the prospect. If only there was a genuinely entertaining way to get caught up on its ridiculous story.

The official Tekken 7 retro recap features the fighting game’s major players – mostly the Mishima clan. If you think your family has issues, at least your dad didn’t throw you from a mountain when you were five-years-old.

If your dad did do that, what would you do if you survived? Enter a martial arts tournament and juggle him in the air with a combo of fiery punches and kicks, probably. Right?

Have a watch of it all in the video embedded above. The bit with the pregnancy is worth the effort alone. It’s labelled Part 1, so there’s more to come.