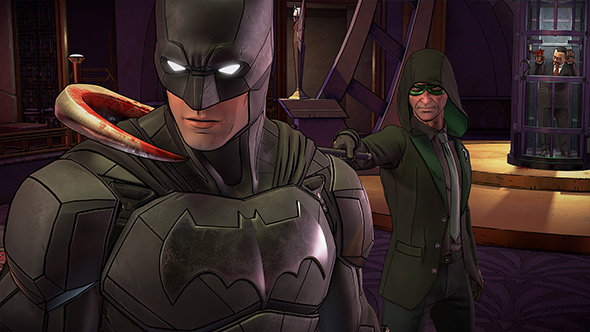 Telltale Games are shaking up their leadership, and are bringing in Pete Hawley as their new president and chief executive officer. Former boss Dan Conners will be stepping into an advisory role.

It should be no surprise that Telltale’s Walking Dead made our list of the best zombie games.

Hawley previously served as senior vice president of games at Zynga, and before that was CEO and cofounder of AR and mobile developers Red Robot Labs. Other executive roles include stays at Electronic Arts and mobile studio CrowdStar, and he ran production at Lionhead Studios in the era of Black & White and the original Fable.

“I am a huge fan of all Telltale Games and what they’ve achieved as a company in becoming the leading storytellers in gaming under the leadership of Dan and Kevin,” Hawley says. “I look forward to working closely with Telltale Games’ talented team, industry leading IP and partners to drive new ways to bring players together in innovative and exciting game content. Telltale is unique, and I’m thrilled to be a part of its amazing future.”

Telltale were the most visible part of the charge in the adventure game revival of a few years ago, producing traditional point-and-clicks based on the Bone graphic novels before reviving classics like Sam & Max and Monkey Island in episodic formats.

Their biggest success came with an acclaimed new story based on the Walking Dead, which opened the door for further licensed properties including Batman, Minecraft, and Borderlands. They’re currently still deciding whether or not to do a Game of Thrones season two, but they’ve got plenty on the schedule in the meantime.