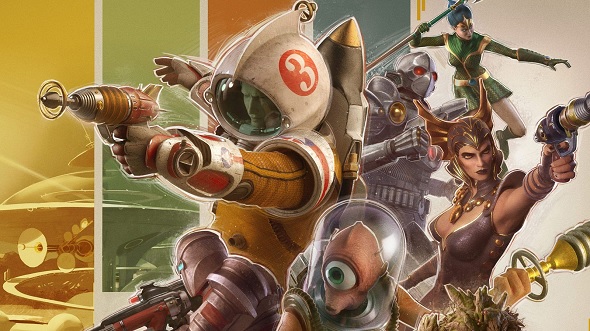 Digital Extremes have been around for well over 20 years now, having worked on everything from Epic Pinball and Unreal Tournament to a licensed game based on the Star Trek reboot. But these days they’re best known for F2P powerhouse shooter Warframe, and they were looking to follow up that success with a hero shooter called The Amazing Eternals. But it seems this latest project won’t be coming to fruition.

Fill the void with the best FPS games on PC.

A post on the official forum says the team has “decided to hit the pause button on development at this time.” Players who bought into the founders program will be offered refunds over a 72-hour period starting today. Game servers will remain live until midnight EDT on November 2.

“This decision didn’t come lightly,” reads the post. “We worked hard to make a game that we are proud to say was shaping up to have great potential. However, we took an honest look at the current gaming landscape and how the game was performing in Closed Beta. Unfortunately, the game wasn’t attracting players fast enough to support a viable matchmaking player base with the current game design direction, which is the lifeblood of this type of game. So, with heavy hearts, we’re taking a step back to reevaluate the design and may revisit our intrepid heroes in the future.”

It’s been a tough year for shooters in and around the hero genre. Battleborn struggled from launch and is finally winding down on updates, and LawBreakers has been consistently fighting against low player counts on PC. It’s a crowded market dominated by Overwatch, and it’s not entirely surprising to see Digital Extremes decide The Amazing Eternals wasn’t to be eternal after all.

“This was a hard decision to make,” they say, “and we can’t thank you enough for your incredible support throughout development. The Amazing Eternals will live on through all of you who were there to make it happen.”