One of the more notable reveals from Square Enix’s showing at E3 earlier this month was The Awesome Adventures of Captain Spirit. While a proper reveal of Life is Strange 2 was visibly absent, Dontnod stepped in with a prequel to tide us over until the series returns later this year. The focus of Captain Spirit is more on scene-setting and exploration than narrative, but this spin-off adventure is a promising sign of what’s to come.

Captain Spirit is better known as his alter-ego, ten-year-old Chris. In the wake of his mother’s death, Chris lives with his father, Charles, in the small fictional town of Beaver Creek, Oregon. Shut off from his friends and stepping gingerly around his grief-stricken father’s descent into alcoholism, Chris spends much of the Saturday morning on which the game takes place as his superhero persona. Surrounded by toys and comics, Captain Spirit battles against the forces of the evil Mantroid.

Life is Strange: Before the Storm was one of the best PC games of 2017.

As I explored the house, I was immediately reminded of the level of detail that Dontnod put into crafting the world of Arcadia Bay in Life is Strange. Chris’s bedroom is littered with the flotsam of any child’s life. Toys are spread across the floor while posters cover nearly every available wall. But step outside Chris’s door and it’s a very different story – the rest of the house is cold and empty by comparison. Chris’s room has become a haven for him in what’s suggested to be a very literal sense.

The immersion into Chris’s world is at least part down to how good Captain Spirit looks. The step up over both 2015’s Life is Strange and 2017’s Before the Storm is immediately noticeable. Chris crunches over fresh snow, leaving tracks as he trudges through fresh fall on a crisp winter morning, before heading back to the warmth of the house. His adventures result in set pieces well beyond what the series has ever managed before, and the battle against the evil Water Eater was particularly impressive.

While the rest of the house is sparsely decorated, there’s still a lot to uncover. As in Life is Strange, there’s plenty of information about Chris’ and his father’s lives hidden within the rooms. Captain Spirit’s short running time and more free-form story than its predecessor means exploration is encouraged so you get the most out of what’s available. As Charles dozes off in front of a basketball game on the TV, you can wander the house and garden at will. 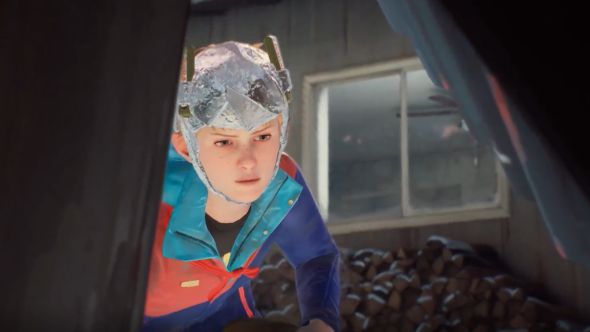 There are several story threads (as well as multiple call backs to Life is Strange) to find if you poke your nose deep enough into the domestic spaces open to you. Many of these are left hanging by the game’s end, so while Dontnod has been keen to say Captain Spirit is more spin-off than prequel, what you find as you delve into the nooks and crannies of Chris’s life suggests the studio has been downplaying how important a role Captain Spirit will play in the sequel. I’m expecting to see a good chunk of what’s discovered in this game to return in Life is Strange 2.

What’s particularly impressive about Captain Spirit is how it captures the transitionary period Chris and his father are going through. Not so much in the big strokes, as it’s readily apparent that they’re getting used to a new house and, in his father’s case, a new job. It’s those subtle, underlying motifs that play up to its exploration of the theme, such as the sense that Chris is knocking on the door of adolescence. A stuffed toy can’t be included in the new superhero games. A DVD of Disney’s Frozen is accompanied by the comment, “Dad says I shouldn’t sing along so loudly next time.” A height chart on a wardrobe prompts “I’m too old to be measured now.” While Chris is firmly embedded in his childhood game, there’s a very real-world loss of innocence developing quietly in the background.

The Life is Strange series has always been good at this, but what is refreshing in Captain Spirit is how easy it is to be swept along by the drama. While Life is Strange prequel Before the Storm had some excellent dialogue, Dontnod’s original had a tendency to be hellaawkward at times – I was worried Chris would follow suit after his initial monologue. My fears were unfounded, though, as the charming collection of stories that make up Captain Spirit’s quest against Mantroid flow seamlessly with the discoveries made around the broken home that makes up the rest of the game. 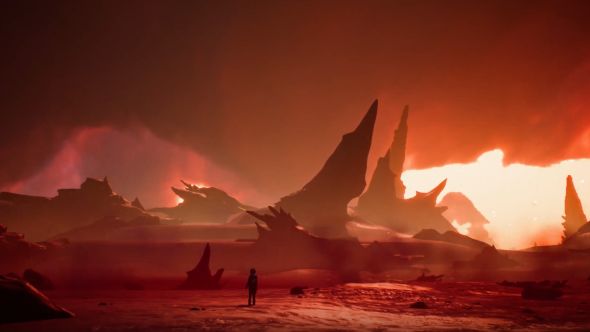 In fact, when it eventually came time to wake Chris’s father from his inebrious slumber, I was shocked at how jarring it felt. Captain Spirit – the character, not the game – is so characterised by the freedom to explore it gives you that the return of a dominating figure came as a genuine surprise. Charles is a complex character, one who is simultaneously pitiable and despicable, but he cuts too close to Life is Strange’s Frank Bowers and David Madsen. This will be a disappointment for fans given that this is a series about getting to know characters and their struggles – we already know this one by a different name.

Captain Spirit is a modest reintroduction to the world of Life is Strange, but an incredibly earnest and detailed one. It captures what Dontnod set out to achieve three years ago when initiating its new series. I’ll miss Max, Chloe, and Rachel now that their story is over, but Captain Spirit has made me excited to see where Life is Strange can go from here.