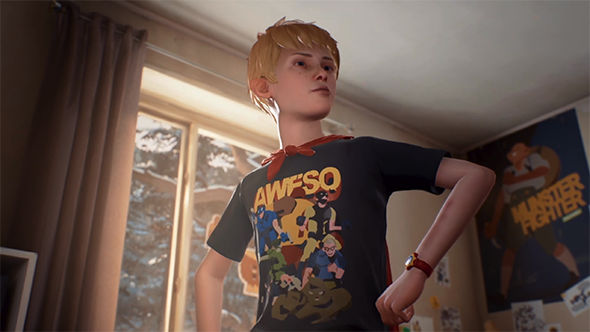 Square Enix has given us with a fresh look at The Awesome Adventures of Captain Spirit with costumes and some insight from the dev team at what kind of story we can expect to discover. The game, which will be available for free on June 26, is a spin-off to Life is Strange 2, featuring ten-year-old Chris as its main protagonist.

The Awesome Adventures of Captain Spirit was first revealed at Microsoft’s E3 conference, which took place yesterday. But Square Enix just provided us with a fresh look at the game, which draws heavily on Chris’s superhero alias, and the comics he draws to go along with his alter-ego.

Life is Strange: Before the Storm made it onto our list of the best PC games of 2017.

Personally, I was kind of expecting to see Life is Strange 2 at Square Enix’s show, but co-directors Micheal Koch and Raoul Barbet confirmed that Captain Spirit is definitely the focus instead. It’s a spin-off set within the same universe, and Barbet describes the game as the “first steps into [Life is Strange’s] world.”

You can check out the new trailer below:

The trailer takes another look at the character of Captain Spirit and some of his powers, which largely seem to include standing in the endless void of space and firing fireballs, largely at absolutely nothing. Ah, the whimsy of youth.