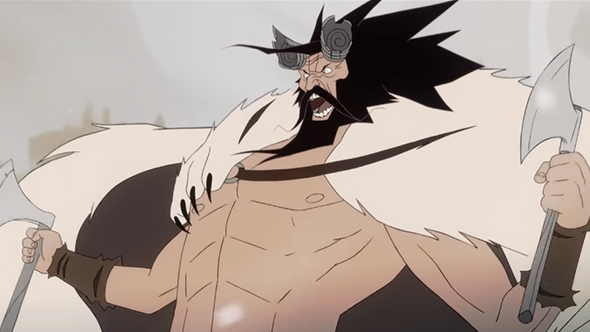 The argument over Steam and Epic rumbles on, but while some users are set in their ways when it comes to their favourite platform, publisher Versus Evil thinks that competition between storefronts is benefitting customers.

In an interview with PCGamesN at E3 last month, Steve Escalante, who founded Versus Evil, the company which published Pillars of Eternity II: Deadfire and The Banner Saga trilogy, says that not only is the arrival of a second major digital platform “not a huge deal,” but it’s actually set to help publishers, developers, and players alike get the best deals.

“Back in the day, it was GameStop and Electronics Boutique in the US, and that was a beautiful thing because it was literally two very competent retailers that were in the same space, and you were, in some regards, leveraging them off each other, and getting the best sales experience you possibly could. And either as a GameStop customer or an Electronics Boutique customer, you would find your game.”

“Today that’s happening with digital, where you’re getting better competition amongst retailers, which is good for both publishers and developers. Consumers aren’t being asked to go buy a new PC, they’re just being asked to download. In my opinion, that’s not a huge deal.”

Read more: It’s possible that Destiny 2 could one day appear on the Epic Games store

Escalante also said that the arrival of new stores isn’t likely to harm the industry, and that the idea that games will be more difficult to find because “the market is getting too fragmented” isn’t a fair assessment. “I think most people will be marketing and driving people directly to their own site, or whatever site is housing that content.”