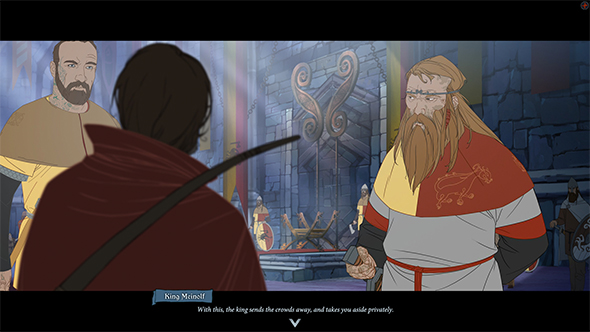 Summer is typically known as a time of warm temperatures and warm spirits, but Stoic have just the thing to ensure you’re cold and depressed in a few months. The Banner Saga 3 is set to bring the strategy RPG trilogy about grim vikings and harsh winters to a close this July.

The Banner Saga 3 will launch July 24 on PC – both Mac and Windows – as well as all three current consoles, with mobile ports to come later in the year. The game will be available on both Steam and GOG.

Early purchasers on PC will also get the Dredge Ally Pack as a pre-order bonus, which includes the following items.

You can get a closer look at all that in the trailer above.

Original story, January 24: The third and final chapter of The Banner Saga will release this summer. A video published by developer Stoic confirmed that The Banner Saga 3 would return in 2018.

The description on the video, which you can watch above (and contains spoilers for the first two games), says “the final installment of the award-winning RPG, The Banner Saga, will be launching this year!” The video is the first in a series of character profiles highlighting influential figures in the epic viking adventure. It focuses on Varl loyalist Fasolt, and asks whether he’ll help or hinder humanity as it faces the end of the world.

The Banner Saga games combine divergent role-playing storylines with with turn-based grid combat. Driven from their homes by the terrifying Dredge, a band of humans, led by Rook, must flee to save themselves, but along the way discover a far more powerful threat.

Development began in the trilogy back in 2014, and thanks to legal disputes over use of the word ‘saga’ (thanks Candy Crush), it wasn’t always plain sailing. The first game in the series, however, has sold more than 800,000 copies on Steam, and the story has also spawned its own board game.