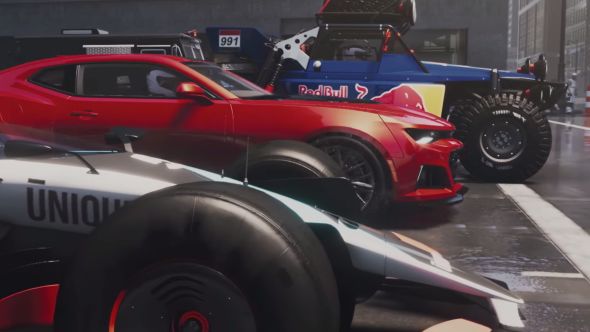 The Crew 2 will release on March 16, 2018 according to a new trailer which focuses on the way the new game will help you seamlessly explore its high-octane version of America.

The biggest change coming to The Crew 2 is its inclusion of four major motorsports from across America. The game will allow you to seamlessly transition from car, to bike, to powerboat, and even stunt planes as you make your way across “Motornation, a huge, varied, and action-packed playground built within an entire open world America.”

Multiplayer is also a big part of The Crew 2. According to Ubisoft, “the world of The Crew 2 allows you to share your thrills and your craziest moments, and to brag about your skills to friends and others. Everything you achieve, competing or roaming free in the open world, drives your progression and upgrades your fame status.”

You’ll be able to explore the entire country, from New York and the Grand Canyon to the Rocky Mountains, allowing for “non-stop competition, no-limits exploration, and total freedom as you switch between vehicles and experiences on the go.”

If you pre-order The Crew 2, you’ll get ‘The Legendary Motors’ pack, which includes Mercedes-AMG C 63 Touring Car 2016, and a Harley-Davidson Iron 883 2017. There’ll also be Deluxe and Gold editions of the game. The Deluxe edition will include the legendary motors, as well as a stunt plane and unique outfits, while the Gold edition will also come with a season pass.