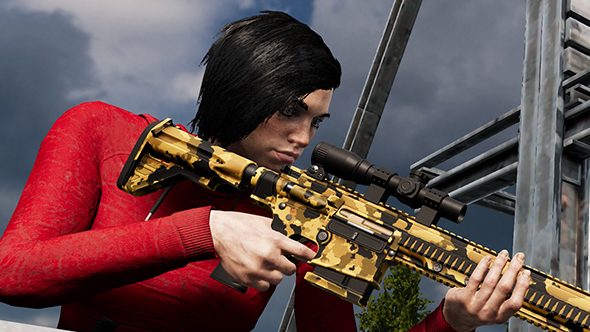 The Culling 2 has been cancelled just eight days after launching on Steam. It’s tough to imagine how the release could possibly go any worse. It dropped to just two players days after release – disastrous for any multiplayer game, much less a battle royale. Now developer Xaviant is completely changing direction, killing The Culling 2 and returning to development on the earliest version of the original game – soon to be a free-to-play title.

Xaviant director of operations Josh Van Veld runs down the plans in a new video, looking very much like somebody who’s had a very bad week. You can watch the full message below, but Van Veld’s clear exhaustion may be too much to bear – so here’s a summary.

Check out the best battle royale games on PC – a reinvigorated Culling can be worthy contender.

“I think most of you know that last week we launched The Culling 2, and that launch was not successful. It’s been difficult for us to wrap our heads around the situation. It’s been a lot to take in, but we’ve been having a lot of discussions and one thing that has emerged very clearly for us is that The Culling 2 was not a game that you asked for, and it’s not a game that you expect as a worthy successor to The Culling.”

To that end, Xaviant has been in contact with Valve, Sony, and Microsoft to pull The Culling 2 from sale. For the people who purchased it, the company intends to provide refunds. Given The Culling 2 player counts, there probably won’t be a whole lot of refunds to service.

Following that, Xaviant is going back to “day one” of The Culling. Van Veld says the company realized it changed “too much, too fast,” squeezing out the unique flavour and personality of the original game. “We were too eager to modify, to balance, to retune – so we took a game that you guys loved and we changed it out from under you. I want to apologize for that.

For owners of The Culling 1, this week a “day one build” – literally the version of the game that launched into Early Access – will go live on test servers, as Xaviant reenters development on the original game. The team will work from the final edition of the game released in October 2017, retuning gameplay to match the original release, from combat and airdrops to the perk system.

To ensure this new edition actually has an audience, when the update goes live The Culling will go free-to-play. Xaviant will have more news to share on that launch in the future.