In between all the shooting, The Division 2 players are able to use emotes to communicate. It might be signalling for help, say, or the slightly less urgent act of playing an imaginary piano. But some of the available emotes are more specialised: they’re American Sign Language.

ASL, for those unaware, is a visual language used by deaf and hard-of-hearing people. Conversations are communicated using one or two hands to perform a series of gestures and signs, and the language has its own grammar and sentence structure. It’s specific to America, too – other cultures have their own variations.

As someone who is deaf and mainly used to British Sign Language (BSL), and who has also been learning ASL over the past few years, I think the emotes’ inclusion is a fantastic move. What I’ve picked up of ASL has been gleaned from videogames such as The Quiet Man, movies like The Quiet Place, and through American signers who use the language in social media videos. The Division 2, then, represents another great opportunity for players like me.

The game currently includes signs for Thank You, Good Job, Shame on You, Time Out, and Square, but here’s the thing: all of them have to be unlocked in order to use them. 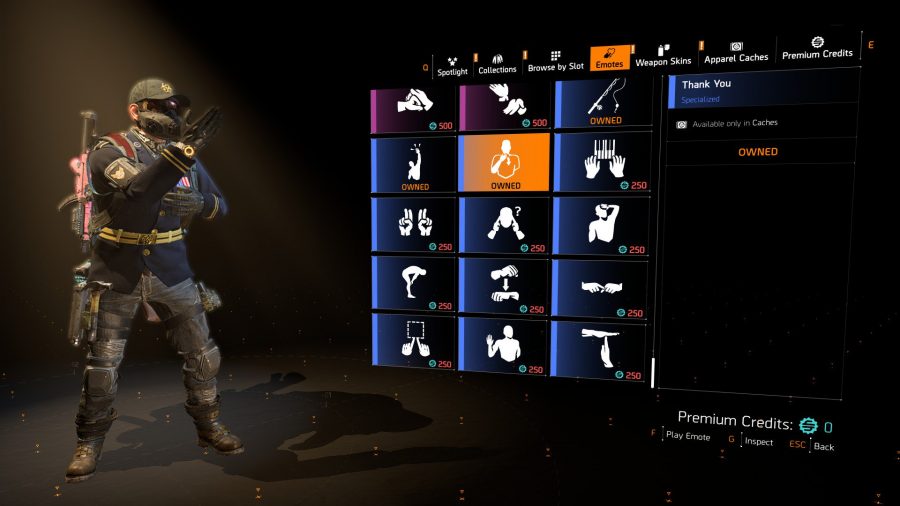 There are a number of ways to go about that. ASL emotes are currently listed under the cheapest of the three emote tiers, Specialized, and each costs 250 Premium Credits. Premium Credits can be purchased with real money, starting at £4.29 for 500, but there’s also a £12.49 welcome pack that offers 2000 credits and one predetermined emote. You can also earn them via The Division 2’s version of loot boxes.

None of the emotes in The Division 2, including the ASL emotes, are behind a paywall

“None of the emotes in The Division 2, including the ASL emotes, are behind a paywall,” a development team representative explains when I ask about this locking off. “They can be obtained in-game through Apparel Caches, which players earn as they level up, and which contain a random cosmetic item. There’s an apparel store in-game, which allows our players to purchase individual items.”

The system works like this: levelling up – or earning a Field Proficiency Cache in the endgame – rewards you with cache key fragments which allow you to unlock either a Specialized Apparel Cache Key, or a Superior Apparel Cache Key for a guaranteed rarer item, but at a higher fragment cost. 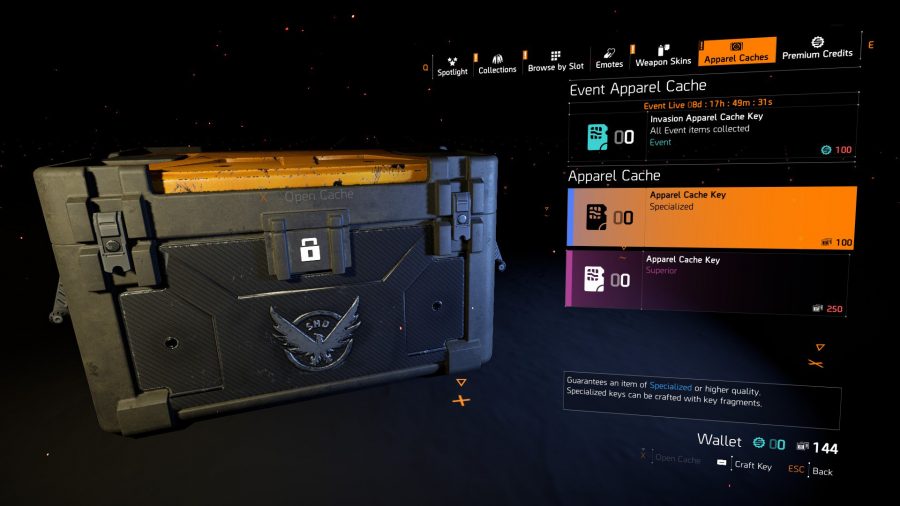 So let’s say I unlock a Specialized Apparel Cache in hopes of grabbing an ASL emote, I’m guaranteed a random item of Specialized or higher quality. ‘Thank You’, one of the more recent signs to be added to the game through updates, cannot be purchased individually like the others. This is the only ASL sign that is exclusively available by unlocking an Apparel Cache.

While it’s possible to unlock these signs without real-world money, they’re still technically locked away from the player, as cash is simply traded for having to progress through the game. This exclusivity is incredibly weird considering ASL is an actual language, especially as other verbal languages in the game are available for free through text and voice chat functionality.

It seems I’m not alone in this thinking either. I spoke to other members of the Deaf and hard-of-hearing community – one, who wishes to remain anonymous, says, “It’s a language that deserves equivalent treatment to other languages.” 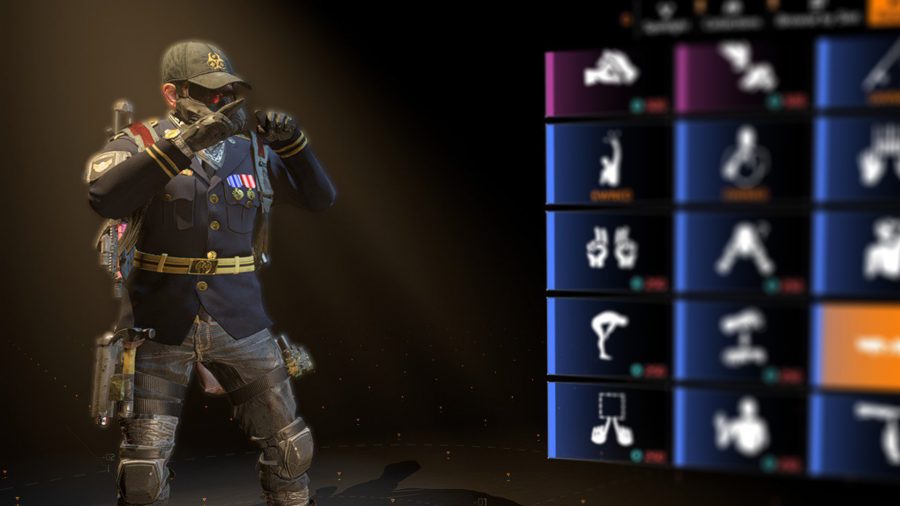 Chris, a Deaf streamer who goes by the name DeafGamersTV on Twitch, adds, “ASL is not a ‘gesture’, it’s actually a language, just as people use spoken language to communicate.”

Playing with friends? Here are the best co-op games on PC

Back in 2008, Ubisoft announced that all in-house titles would include subtitles to aid the Deaf and hard-of-hearing. Last year, the publisher detailed how it’s putting the spotlight on accessibility with mentions of eye-tracking, subtitle sizes, and more. The first Division game is noteworthy for its accessibility options, including support for eye-tracking, numerous keybinds, and various HUD settings.

The sequel includes a lot of this too, including resizable HUD subtitles, aim assist, colour blind and high-contrast modes, and FOV settings. Despite this, The Division 2 is making deaf and hard-of-hearing players grind or pay to access the language they might use on a daily basis. 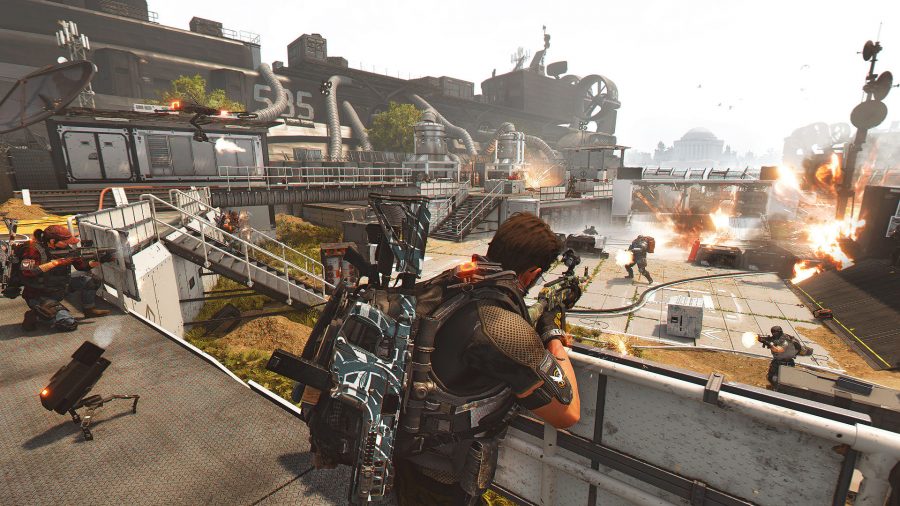 “Emotes allow players to communicate and express themselves,” the team explains when asked what motivated the inclusion of ASL emotes. “We strive for a wide range of player choices and launch included a wide range of them from simple gestures to more elaborate dances, as well as ASL emotes.”

ASL is not a ‘gesture’, it's actually a language

The addition of ASL in The Division 2 is, as mentioned, brilliant – it’s taking a step towards introducing sign language to more people, which in turn will help to normalise it. However, not clearly labelling the emotes as ASL misses a trick. What is encouraging, however, is that the team says it may explore adding this in the future.

Recently, more developers have started to not only include sign language in their games, but done it in meaningful ways. A good example is Moss, by Polyarc, which features a mouse that communicates in sign to the player. Square Enix’s The Quiet Man also uses ASL in cutscenes – although not heavily. Meanwhile, Cloud Imperium Games is working with Deaf players to bring ASL emotes to Star Citizen. 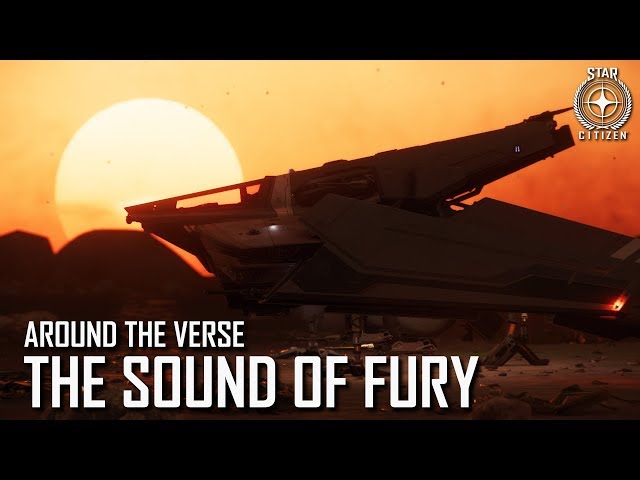 Accessibility as a whole has been a hot topic of late. Respawn Entertainment’s Apex Legends was praised for a revolutionary ping system, and Insomniac Games’s Marvel’s Spider-Man allows skippable quick time events. Ubisoft in particular works wonders with some accessibility features. Far Cry: New Dawn offers on-screen audio cues, and The Division 2 has adjustable subtitles and menu narration, for a couple of great examples.

But this range of helpful accessibility options in The Division 2 only makes it more jarring to find ASL locked away instead of freely available. Their inclusion is to be applauded, but why are we being asked to pay or grind for them? Yes, it’s a visual language, and that means animations need to be created, but it’s still a language, so shouldn’t it be treated like any other?