Update 9 Feb, 2016: Ubisoft have announced dates for The Division’s open beta, which confirm those leaked last week by an Xbox Italy image.

Do you think The Division will make it onto our list of best RPGs once it arrives on March 8?

Said to “test the game systems” further, The Division’s open beta allows Ubisoft another chance to glean more player feedback before release, something which is likely even more important now given the flurry of hacks, cheats and exploits that took place during the game’s recent closed beta testing.

Further to the features that made it into The Division closed beta, this upcoming phase will introduce a new story mission, plus all participants will receive a “special in-game reward” that will unlock when the game releases in full next month. Full beta details can be found on the game’s website.

In other news, Ubisoft launced a new trailer which focuses on The Division’s enemy factions:

Original Story 1 Feb, 2016: Just when you think The Division isn’t watching, it pounces again. With the closed beta wrapping up tomorrow after its one day extension, we were presuming that would be the last we’d see of the game before it went fully live on March 8th. However, in the past couple of hours a post was accidentally made on the Xbox Italy Facebook page that indicated an open beta would be taking place between February 16th and 21st on Xbox One. It will start on the 17th for other platforms.

Here’s the full image, which has since been pulled from the page: 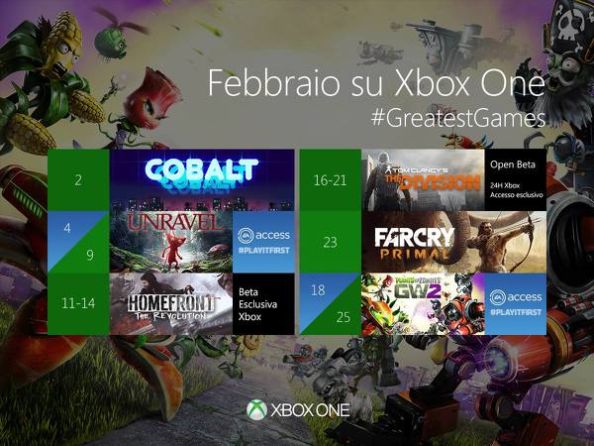 That probably really will be your last chance to get involved before launch. Hopefully this version of The Division is a little less packed with hackers, cheaters and exploiters on PC. Worth checking if you’ve magically been invited to the current phase of the beta test on Ubi’s access page too.