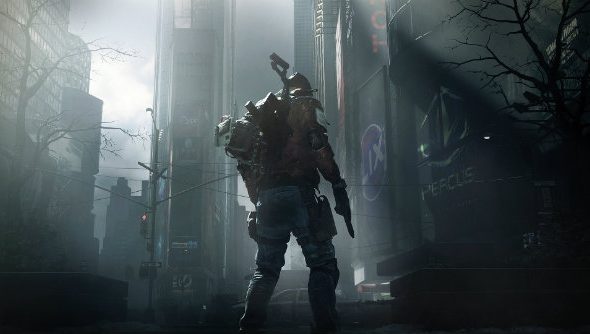 Update 8 Feb, 2016: Ubisoft have sent word to calm nerves of players regarding the PC version being “kept in check” because of consoles.

After the below story was published quoting an unnamed member of the Ubisoft Massive development team as saying elements of The Division were “kept in check” because of the need to run on consoles, we asked Ubi for any further comment on the matter. They’ve sent us an official statement denying that it was “held back” and reiterating their stance that The Division’s PC version was “developed from the ground up.”

The Division is a cover shooter, but it’s also an RPG. Here are the best RPGs currently available on PC.

Here’s what they had to say in full:

“It has come to our attention that a comment from one of our team members has been perceived by some members of the community to imply the PC version of The Division was ‘held back’ and this is simply not true. From the beginning, the PC version of The Division was developed from the ground up and we’re confident players will enjoy the game and the features this version has to offer. And the feedback from PC players who participated in the recent closed beta supports this.”

Not a lot of extra light shed, sadly. Exactly what the anonymous developer was referring to we may never know, be it graphical limitations, design choices or something more technical.

Original Story 7 Feb, 2016:There are always people in comment sections claiming that a cross-platform triple-A game has had its graphics “dumbed down” for consoles, the PC version’s fidelity apparently lowered to maintain some kind of parity, but it’s not often you get confirmation of this actually happening.

With The Division, we’ve just had that confirmation. YouTubers Team Epiphany were flown out to New York to see a post beta version of The Division, which also came with interview access to a Ubisoft developer.

While interesting questions and answers are thin on the ground throughout the video, an interesting answer pops up 13 minutes in, with the unnamed developer admitting that cross-platform development did have some influence on the PC version.

After speaking about the new game engine, and how it has “a lot of potential”, he’s asked if they’ve ever been restricted with how far they can push a game because of the differences between platforms.

“It is definitely a [factor],” says the nameless Ubisoft developer. “But one good thing about The Division is that we’ve always considered PC as a separate platform. I’ve worked on projects before where the PC version’s a port from a console, so it carries those limitations over, but we’ve always been in the mind that we’ll have a dedicated PC build, so it hasn’t really held it back too much.”

That all sounds like the sort of answer you’d usually expect, but then he follows up with this: “We do have to kind of keep it in check with consoles because it would kind of be unfair just to push it so far away from them.”

Judging by early reports, the PC version is a significant step up from consoles, but this developer quote does leave you wondering what it could be like if there wasn’t this need for some kind of parity, but it seems Ubisoft didn’t want… a division.

Let us know your thoughts in the comments.