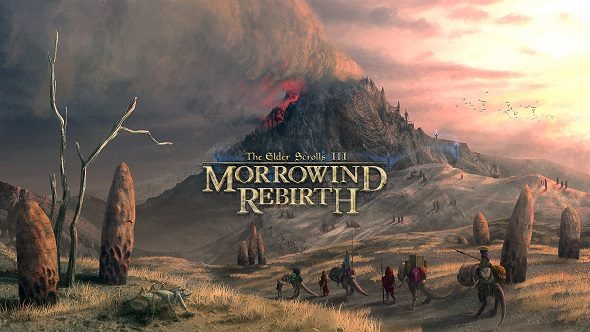 While some have been enticed back to Skyrim with the recent release of Skyrim: Special Edition, the lands of Morrowind still draws regular visitors to it, thanks to the continued work of Morrowind Rebirth.

If you are an Elder Scrolls fan, chances are you’ll like these other PC RPGs.

A complete overhaul mod for The Elder Scrolls III, this fan labour of love has been in the works since 2011, recently receiving its fourth major update for 2016 and its 39th update overall since its launch five years ago. In that time, we’ve seen Skyrim released twice and Fallout 4 finally gracing Steam libraries everywhere. I wonder for how long Morrowind Rebirth will keep going before they eventually move over to Oblivion Rebirth.

Rather than just a basic graphical overhaul, this conversion mod adds brand new quests, locations, enemies and music, while continuing to balance and fix new bugs. The 39th update does not skimp on the new features, adding new magic scrolls, the new Fort Ashmoth dungeon, as well as overhauling the Dunmer stronghold of Valenvaryon among other things.

For the entire list of changes, which includes balances to the vanilla version of Morrowind alongside of Rebirth, make sure to check in over at modDB. Morrowind Rebirth is also in the running for modDB’s “Mod of the Year” award, so chuck it a vote if you are tempted to jump back into Morrowind.