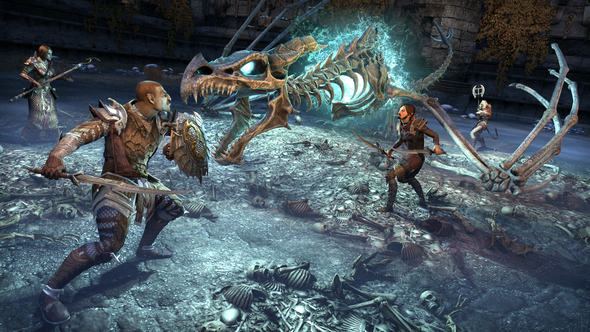 The first major update of 2018 is now live for The Elder Scrolls Online, adding the two new dungeons of the Dragon Bones DLC and erverything in update 17 to the game.

The Dragon Bones DLC includes two new dungeons: Scalecaller Peak and Fang Lair. Both dungeons are available to play on both normal and veteran modes and, according to the DLC description, will “pit you and your team against new and returning enemies, including plague-ridden ogres, powerful sorcerers and their undead creations, and even the reanimated bones of an ancient dragon.”

Update 17 has been released simultaneously with the Dragon Bones DLC and is free for everyone. The update includes a new outfit system, two new battlegrounds, a home storage system, and additional gameplay features such as level up and skill advisors.